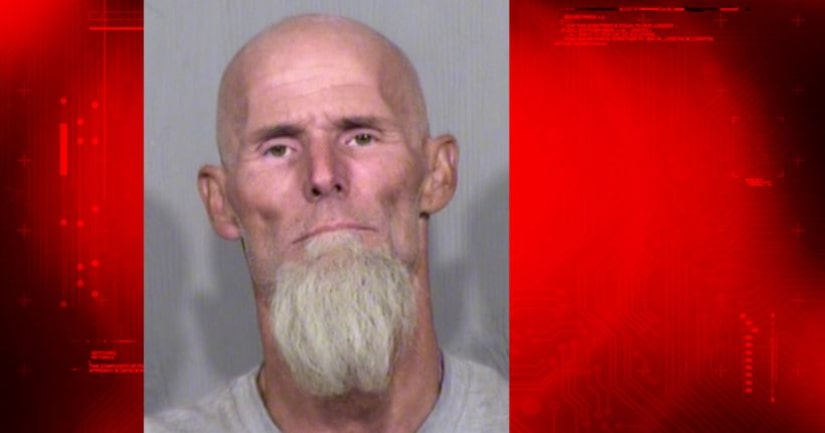 PHOENIX -- (KNXV) -- A burglar was arrested Sunday after targeting two Phoenix homes and being chased out of them by homeowners.

According to Phoenix police, the first victim spotted 48-year-old Todd Russell Rogers next to his vehicle holding his car stereo.

The victim pulled out his handgun and demanded the stereo back from Rogers. Rogers complied, but the victim also noticed another gun missing from inside his car and demanded it back from the suspect.

Police said Rogers attempted to flee on his mountain bike. As the victim grabbed the bike to try and stop Rogers from leaving, Rogers' dog bit the victim's arm.

The victim and his wife followed Rogers, but lost him near 28th and Peoria avenues.

About a block away, Rogers reportedly struck again, this time stealing tools from a backyard shed.

A woman inside the home heard the commotion, and thinking it was her husband, called him in to watch the Cardinals football game. Getting no response, she went out and saw Rogers attempting to leave with the tools and a cooler.

The woman ran inside the house as Rogers allegedly followed her, saying, "Don't leave the house."

The woman armed herself with a knife, ran past Rogers as he dove after her, and got out of the house.