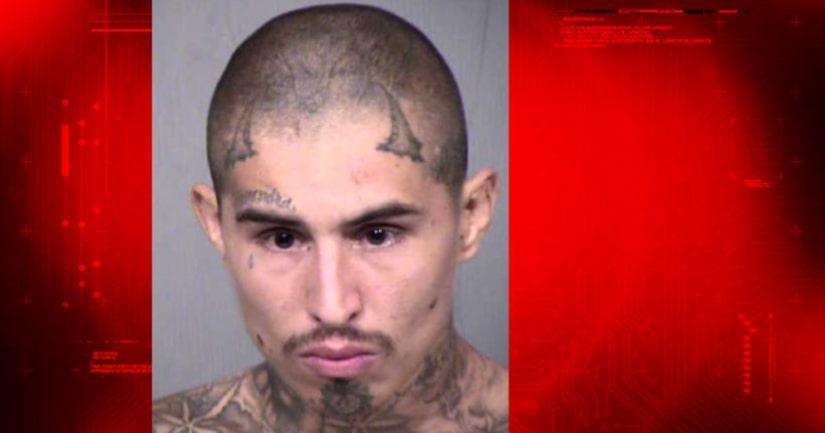 WICKENBURG, Ariz. -- (KNXV) -- A New Mexico felon arrested in Wickenburg Tuesday reportedly did not know how he got to Wickenburg.

According to court documents, 25-year-old Mark Facio had several felony warrants out of New Mexico for violent crimes.

Wickenburg police report that on Monday night they assisted the Maricopa County Sheriff's Office with a welfare check at the Shell gas station on US 60 near Zabel Mine Road.

As police arrived, they reportedly found Facio and a female passenger passed out in the car with a small child in the back seat.

Police say the female passenger cooperated with them and identified the child as her 1-year-old daughter.

Facio refused to cooperate with police and allegedly started the vehicle in a "manner that appeared to be an attempt to strike the officer."

Police say Facio then fled in the vehicle at a high rate of speed with the child and female passenger still inside.

FULL STORY: New Mexico felon arrested in Wickenburg 'did not know he got Wickenburg' - KNXV