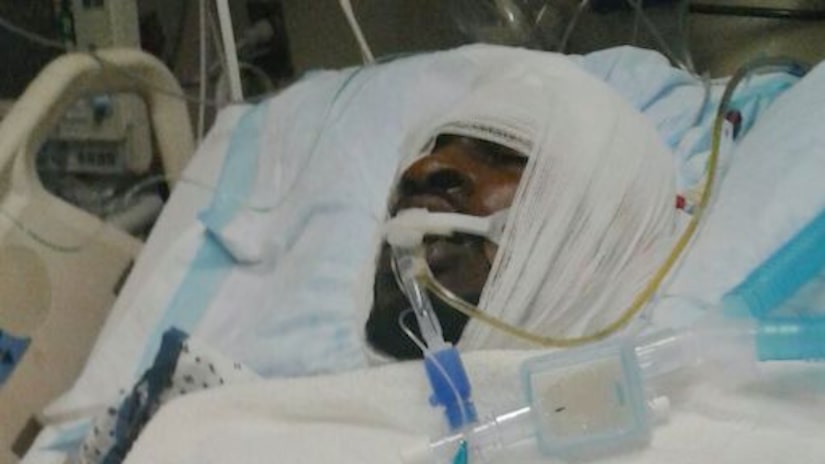 BROOKLYN, N.Y. -- (WPIX) -- A man is being sought for assaulting a deliveryman with a baseball bat, police said Tuesday.

It happened just before 6 p.m. on Friday, Sept. 8, according to police.

Daron James' delivery van was double-parked on East 46th Street in East Flatbush when another driver couldn't get by and became enraged.

The driver then got out the car and hit the 22-year-old in the head several times with a baseball bat, James' co-worker told PIX11.

James suffered head trauma and is being hospitalized. He is in critical but stable condition, police said.