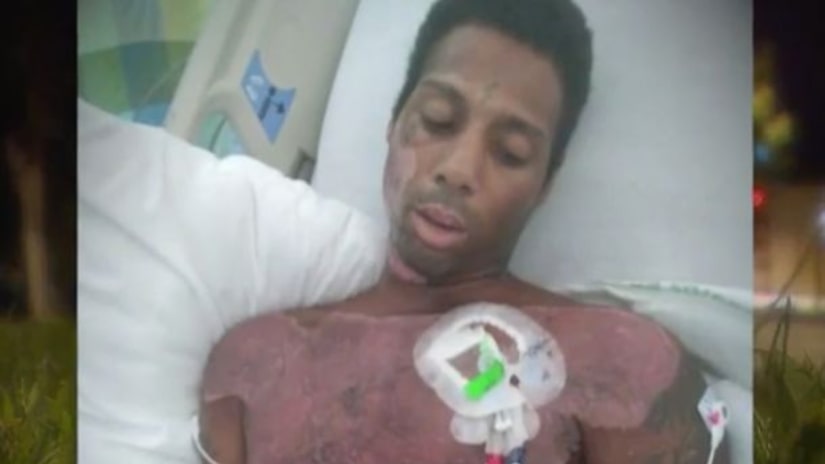 CITRUS HEIGHTS, Calif. -- (KTXL) -- James Nelson, 28, was disfigured on scorching asphalt in the parking lot of a Citrus Heights KFC.

"All these scars that he's never gonna be able to get rid of," said Nelson's mother, Tarsha.

Citrus Heights police pinned Nelson down when they say he resisted arrest back in June. Nelson was shirtless on that 101 degree afternoon. Experts say the asphalt could have exceeded 167 degrees, and at 162 degrees skin is instantly destroyed.

Forty percent of Nelson's body -- his face, torso, legs and rear end were covered in second and third degree burns.

FULL STORY: Felony charges dropped against man who was burned on hot pavement during arrest in Citrus Heights - KTXL