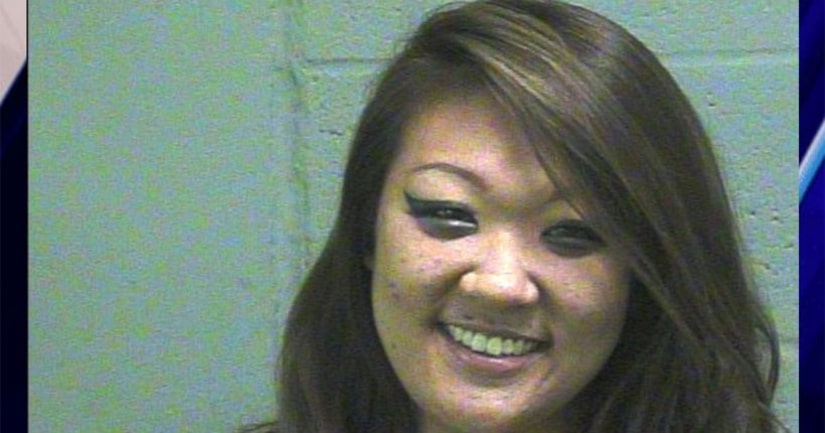 OKLAHOMA CITY -- (KFOR) -- A woman was taken into custody after she allegedly assaulted an officer after driving drunk.

On Sept. 9, an officer says he noticed a vehicle driving recklessly and attempted to make a traffic stop.

However, the driver refused to stop and led officers on a short, high-speed pursuit near S.W. 22nd and McKinley Ave.

According to the arrest affidavit, the officer states that the vehicle was going more than 75 miles per hour on S.W. 22nd St. before it crashed near Shartel Ave.

At that point, investigators say the driver, who was identified as 25-year-old Jane Lee, threw a beer can out of the window.

Officers say they were able to get one of Lee's hands in handcuffs but struggled to gain control of her other arm.

“As I was assisting in putting the handcuffs on [Lee,] [Lee's] hand moved upwards and grabbed my testicles and began to squeeze them in an aggressive manner,” the report states.

Authorities say Lee continued to resist and was eventually put in leg restraints.