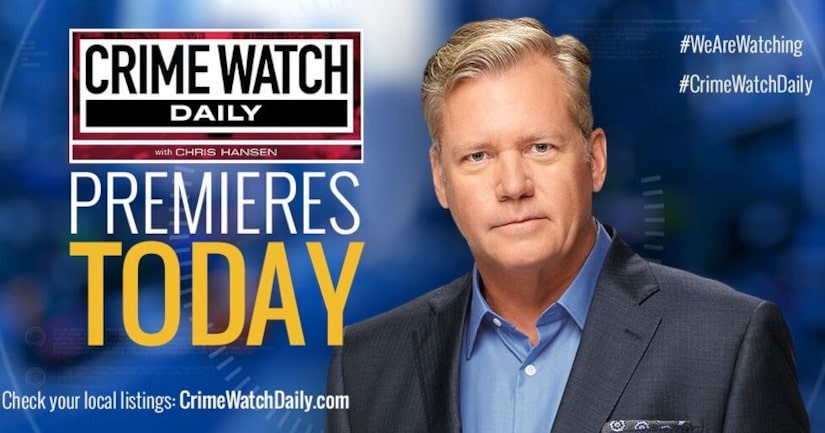 The Emmy® Award-winning syndicated series Crime Watch Daily with Chris Hansen is back!

Season Three kicks off Monday, September 11 with explosive stories including an exclusive interview from the man who was there the night famed MMA fighter “War Machine” went on his headline-making rampage that stunned the nation; and a gripping whodunit that looks into who murdered a pregnant woman.

Also new this season is a new “Badge of Honor” initiative that will honor local law enforcement heroes who have gone above and beyond the call of duty for their communities.

Crime Watch Daily is the first true-crime show to air in daytime syndication and showcases the very best of crime journalism. From unsolved murders to compelling mysteries, undercover investigations and shocking crimes caught on camera, it will all be showcased on the new season.

Tune in Monday! (Find out where the show airs in your area here.)