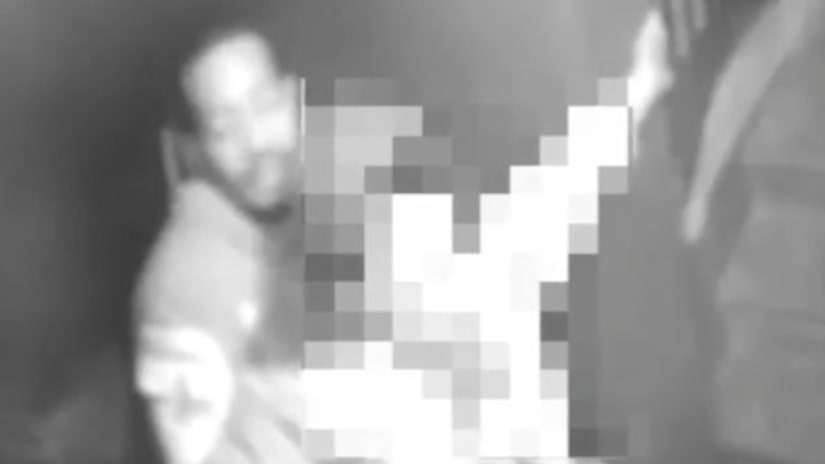 NEW YORK -- (WPIX) -- Video was released Friday showing the struggle between a woman and an attempted rapist as investigators search for anyone who recognizes the man.

The victim was in front of a friend's home on West 51st Street, near 9th Avenue, around 4:20 a.m. Friday, Sept. 1, when she was attacked by a stranger, police said.

In what appears to be a crime of opportunity, the man grabbed the victim, 27, from behind, covered her mouth with his hand and tried to pull her pants down, police said.

That's when she bit her attacker's hand and yelled for help, successfully fighting him off, according to police.

There is no apparent pattern of such crimes in the area, and the incident is being investigated as an attempted rape, police said.