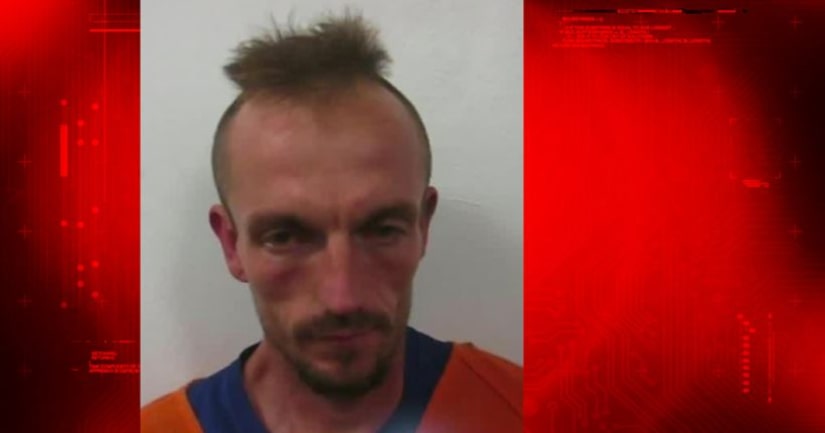 MUSKOGEE COUNTY, Okla. -- (KFOR) -- An inmate who escaped from a transport van in Okmulgee County two days ago is now back behind bars.

Officials began looking for Skipper Rowland on Tuesday after he was able to escape while being transported from Muskogee to McClain County.

Investigators say Rowland was somehow able to get out of a pair of handcuffs and kicked the door open when the transport van stopped at an intersection.

Muskogee County deputies tell KJRH that they received a tip about Skipper Rowland hiding in a mobile home off Hwy 64.

When deputies arrived on Thursday morning, they found him hiding inside the bedroom of the mobile home.

The escaped inmate was alone in the home and did not have any weapons on him.