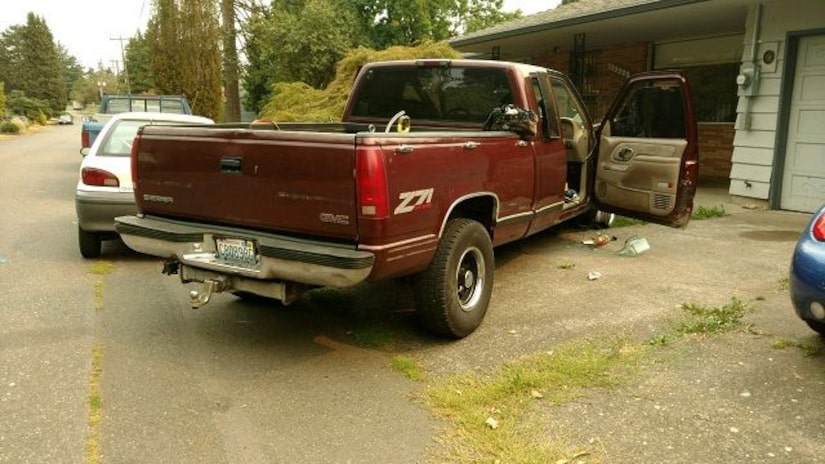 PORTLAND, Ore. -- (KRON) -- A woman carrying a toddler while running from police tossed the baby into a passing car before assaulting a police officer in Northeast Portland Monday afternoon, police said.

The woman, whose name has not yet been released, was a passenger in a stolen truck that police were following. The driver of the truck jumped out and ran off as the truck crashed into a fence in the yard of a house on NE 102nd near Halsey, officials said.

The incident began when a man called 911 to report he had home surveillance of leaf blowers stolen from his home earlier in the day. The caller told police there was a 1998 maroon GMC pickup in the video and he said he saw that truck at a Fred Meyer parking lot.

The caller said he got close to the pickup and called 911 again with a license plate and description. Police said the truck turned out to be stolen.

As officers arrived around 3 p.m. at the Fred Meyer on NE 102nd, the driver of the truck took off and headed north on 102nd Avenue. Police tried but failed to intercept the pickup truck and the driver kept heading north.