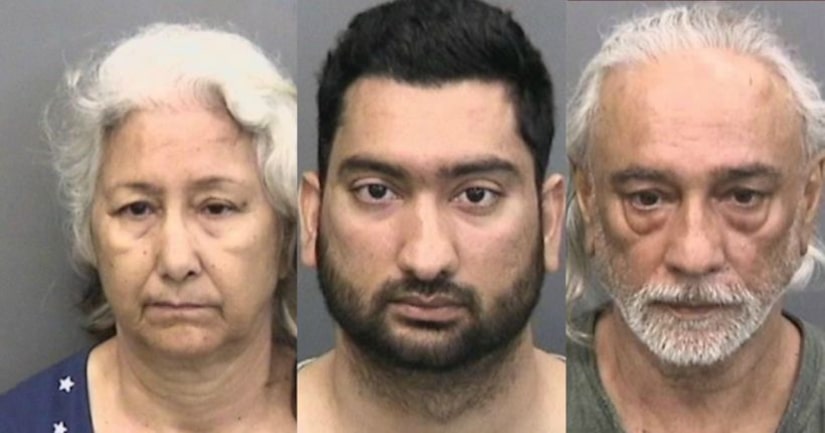 RIVERVIEW, Fla. -- (WPTV) -- A woman and her 1-year-old child are safe after Florida deputies said they were held as prisoners in their Tampa-area home. That woman's husband and his parents are in jail, accused of beating her and holding a knife to her throat.

“It really is heartbreaking, there's a brand new baby, but who beats their wife up and has his mother and dad help him? Who does that?” one neighbor, who doesn't want to be named, said.

Questions and concern are swirling in the Riverview area of Hillsborough County where the incident occurred.

“Awful, nobody should go through that, nobody, I don't care who you are,” that neighbor said.

The discovery started with a welfare check. Deputies said the woman called her parents in India, telling them her husband and his parents were beating her.

“I'm sad and scared at the same time, and I'm upset that this was all going on across the street from me and I never knew,” neighbor Stephanie Payne said.

Deputies said Devbir Kalsi told his parents his wife was being disobedient and they came here from India to discipline her. Deputies said, in addition to the beatings, Devbir's parents held the woman and her child against their will, held a knife to the woman's throat, and wouldn't let her call 911.

“Gosh I almost wish I could say sorry to her, for not knowing what was going on and not being there to help her,” Payne said.