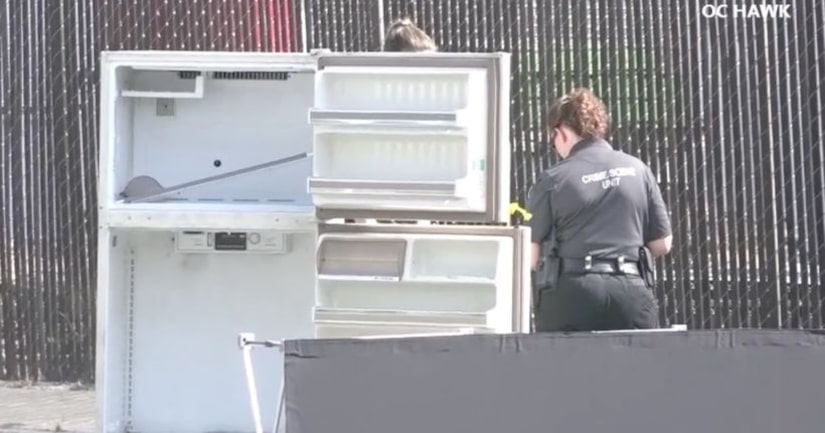 ONTARIO, Calif. -- (KTLA) -- Detectives are investigating after a man's body was found in a refrigerator on an Ontario street, police said Tuesday morning.

The discovery was made in the 700 block of South Hope Avenue, the Ontario Police Department tweeted.

A male passerby spotted the fridge, which had been left in the middle of the street, shortly before 6 a.m., Ontario police Sgt. Jeff Higbee said. The passerby opened it and saw the deceased man inside.

The passerby immediately alerted authorities, who responded to the scene and began an investigation.

Police have not yet identified the victim, who is believed to be in his 20s, according to Higbee.

A cause of death was not immediately known, but there were no obvious signs of trauma on the body, which was fully clothed, Higbee told the San Bernardino Sun.

It was also not immediately clear how or when the fridge was placed in the street; police believed it was possibly dumped at the location, according to the newspaper.

“We're canvassing the neighborhood, trying to see if anyone has any videotape, if anybody might have heard something, seen in a vehicle in the street that didn't belong,” Higbee said.