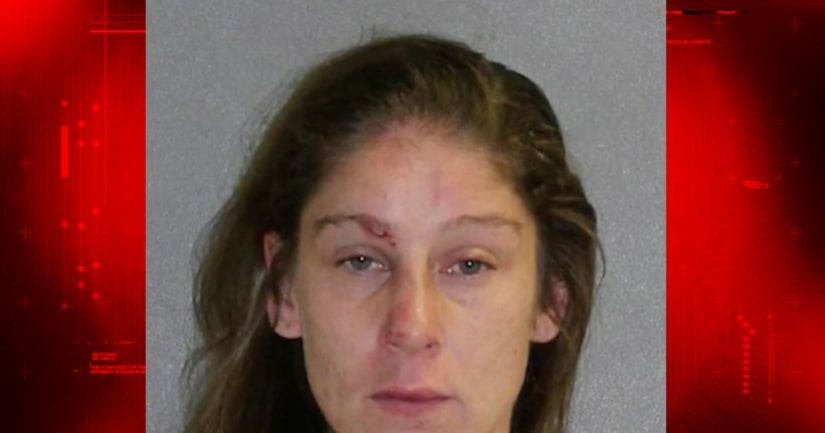 DAYTONA BEACH, Fla. -- (WKMG) -- A Daytona Beach woman is accused of crashing her car while driving on the wrong side of the road then urinating herself and yelling racial slurs as officers tried to arrest her, according to police.

Details of the crash weren't immediately available, but at least one other vehicle was involved and witnesses said they saw Joyce driving on the wrong side of the road, according to the arrest report.

"The mother of one of the drivers is, yeah, is hurt. There's a baby in the backseat and he's not in the car seat. He might be a little more hurt," a 911 caller said.

News 6 learned the boy suffered a minor head injury and is staying with grandparents. The people in the other car were not seriously hurt.

As a Daytona Beach police officer was conducting an investigation, Joyce became combative and uncooperative, the report said. An officer said she smelled of alcohol.

Police said Joyce yelled racial slurs at bystanders, which caused a crowd of about 30 to 40 angry people to gather nearby.

Joyce's stepfather Nathan Viana defended her alleged actions to News 6 and said it's out of her character.