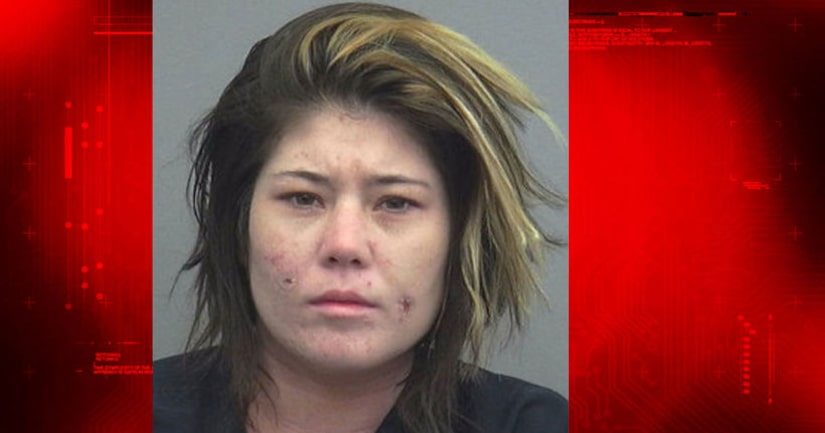 GAINESVILLE, Fla. -- (WJXT) -- A Jacksonville mother of a 4-year-old was arrested Monday after a night of drug binging in a Gainesville hotel room with the child and the child's father in the room, according to the Gainesville Police Department.

Taylor Perry, 23, was arrested on child abuse charges after she invited Joseph Beavins, 29, to join her for one last drug binge Sunday before Perry was scheduled to enter rehab.

When Beavins arrived at the hotel room with the child, Perry was already high on meth, police said. The pair bought cocaine, meth and fentanyl, which they used, then passed out in the room, according to police. The child had free-run of the hotel room and access to the drugs and paraphernalia, police said.

Perry awoke and panicked when she found Beavins overdosed, and, according to police, she took the child and left the room. Several hours later, she called the front desk and told them to have an ambulance check on Beavins. When paramedics arrived, Beavins was dead.

Perry came to the police station to be interviewed and was later arrested. DCF responded in reference to the child. The death investigation continues.