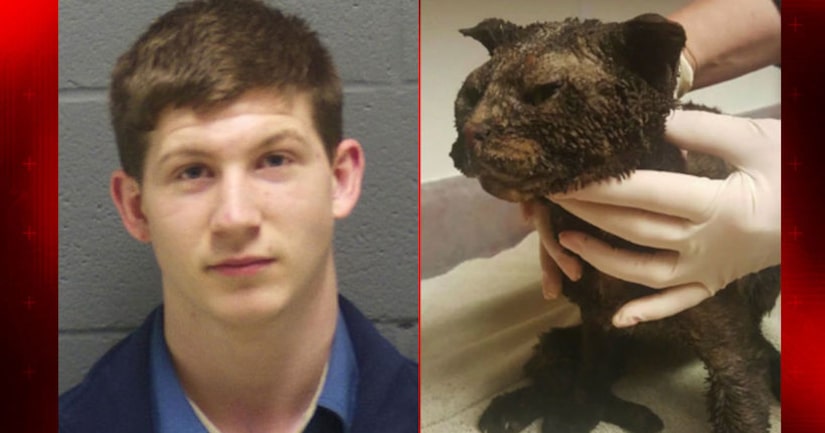 MONTGOMERY COUNTY, Ind. -- (WXIN) -- A man who admitted to pouring gasoline on a cat and setting her on fire won't face additional jail time.

Noah Riley, 19, was sentenced Friday to 826 days suspended except for time served. He received jail credit for 96 days previously served. The court says he will serve 730 days, or two years, of supervised probation for animal cruelty. He was also fined $100, assessed court costs of $183, probation user's fees of $200 and restitution to the Animal Welfare League of $3,304.39.

The cat, named "Phoenix," was found bound by a rope and badly burned in a Montgomery County field in January. It had initially shown signs of recovery, but eventually passed away the next week. The cornfield is near the Crawfordsville Municipal Airport off West 500 South.

The cat's paws were tied with rope and she was drenched in gasoline. A type of firecracker was laid on it but didn't go off. Animal care workers think the cat initially survived because it was lying in a puddle and that probably helped put out the fire.

Donations totaling $15,000 poured in from around the world to help the shelter pay for the cat's medical bills.

After his arrest, Riley told investigators he'd seen several social media posts about the cat and wanted to “get the issue resolved.”