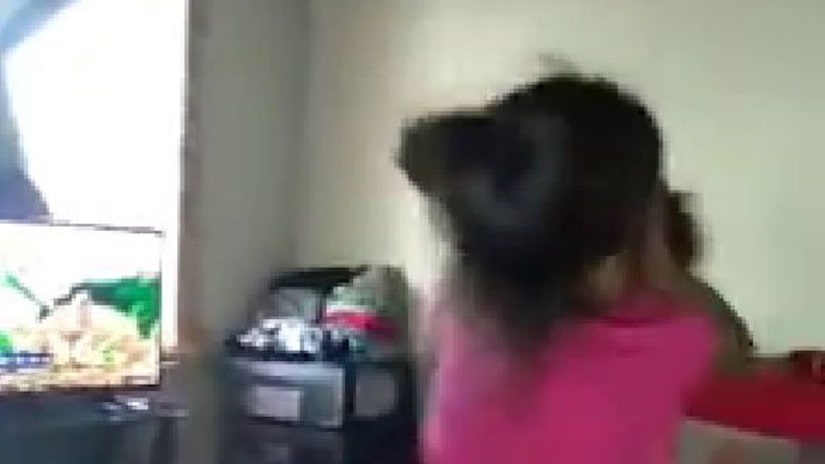 AUSTIN, Texas -- (KXAN) -- An arrest warrant has been issued for an Austin woman who is accused of encouraging her 4-year-old daughter to fight with other children while filming it on her phone.

On Aug. 12, Austin police say they received a report of a child endangerment from a man who said Jennifer Sanchez, 19, the mother of his child, was taping videos that showed the children fighting. The father also posted the videos on his Facebook page, making the videos go viral–the videos have since been removed from his page.

According to court documents, the first video shows four young children and a teenager jumping on a large trampoline at a home in south Austin. In the video, two little girls can be seen fighting and pulling each other's hair. Police say Sanchez's daughter was knocked down by her 4-year-old aunt and then dragged by her hair.

The victim starts “crying in pain” and yelled for Sanchez's help but the mother continues to "encourage and cheer for the fight to continue,” according to the affidavit. At one point, Sanchez encouraged one of the younger boys to hit her child as she was having her hair pulled.

The second video shows the two girls fighting in the living room. Both victims can be seen punching and slapping each other in the face and head, police say. A man's voice could be heard in the background saying, “Go, go, punch, punch, come on, if you want that cupcake.”

When Sanchez met with Child Protective Services a few days later, she said she recorded both videos and she sent the videos to her child's father's mother.

Police are also charging Sanchez's mother, Joann Sanchez, 37, with child endangerment since she said she watched “both children physically assault each other and failed to stop them from continuing to fight.” Joann Sanchez told authorities she felt she was teaching her 4-year-old daughter to defend herself from bullies by allowing her to fight with her 4-year-old granddaughter.

According to court documents, the man who was talking about the cupcake was identified as Joann Sanchez's boyfriend, Tommy Cruz, 32.

Once arrested, all three adults will be charged with child endangerment.