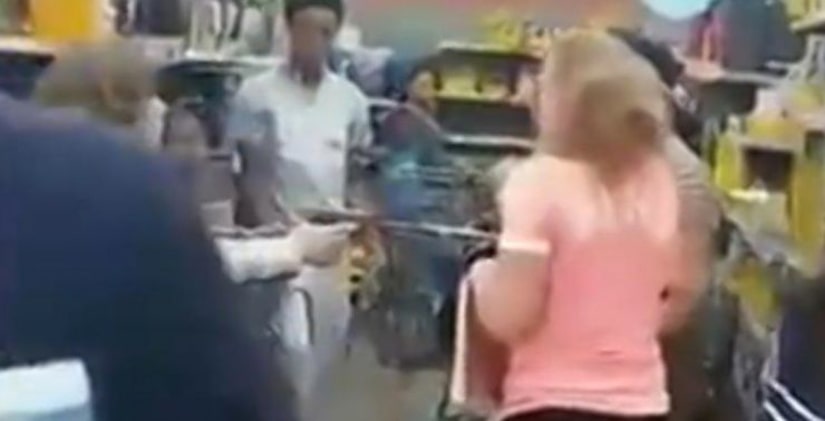 NOVI, Mich. -- (WGN) -- Video shows workers and shoppers scattering after a woman pulls out a gun during a fight in the school supplies aisle at a Michigan Walmart.

Both groups of women wanted to buy the last notebook on the shelf, and an argument broke out over who reached for it first. Shoving ensued, and witnesses say two women began pulling the 20-year-old's hair.

Novi police told WJBK that the younger woman's mother then pulled out her gun and ordered the other two women to stop attacking her daughter. Video shows customers and employees running away from the area.

The armed woman is licensed to carry a concealed weapon, according to police, who confirmed that the gun was loaded but no round was in the chamber.

No one was hurt in the incident, but Novi Police Det. Scott Baetens called it a “senseless act of violence all the way around.”

Prosecutors are still trying to determine if the woman pulled out the gun in self-defense, and if any other women will face charges. Investigators are trying to get more witnesses to come forward, and they're trying to get surveillance video from the store to get a closer look at what happened.