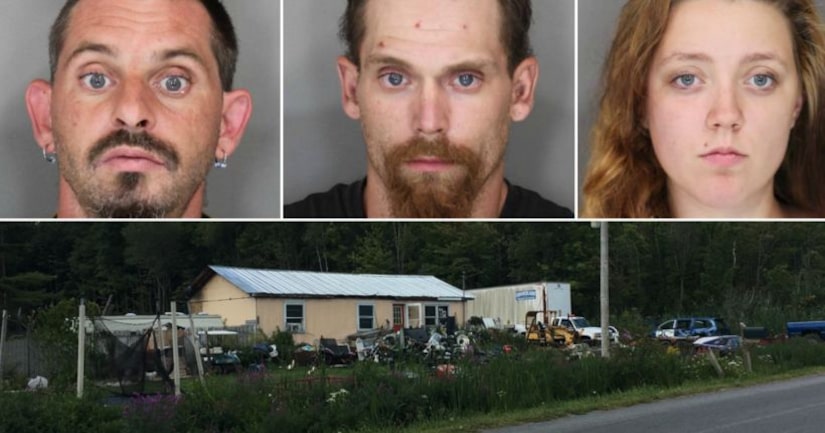 ALBION, N.Y. -- (WHAM) -- Four people are facing charges in connection to a child abuse case in Oswego County that the Undersheriff says is the worst in recent memory.

The Oswego County Sheriff's Office says the investigation began Wednesday when a 10-year-old victim fled a home on Albion Cross Road and told a neighbor she was the victim of ongoing physical abuse.

Deputies say an investigation revealed the child was the target of beatings starting back in April. Over the course of several months she was struck by open hands, closed fists, and was kicked repeatedly, investigators said.

In addition, the victim was allegedly denied regular meals, and was instead forced to eat one meal each day doused with hot sauce, according to the Sheriff's Office. The victim was also required to work outside all day without food, water, or access to a bathroom and was not allowed to bathe, deputies said.

In another alleged incident, the victim was taken to the Happy Valley Game Management Park and forced to run with weighted backpacks. As she did so, she was followed by a vehicle which would hit her if she ran too slow, investigators said. The victim was then tied to the back of the vehicle and dragged for running too slow, according to the Sheriff's Office.