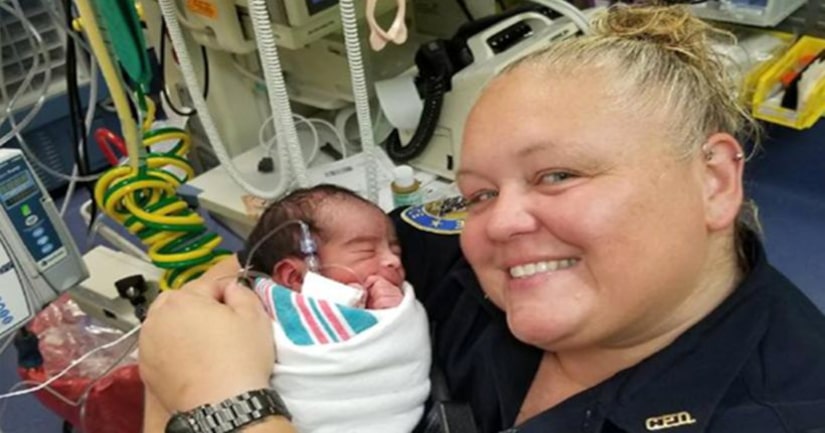 CHAMBLEE, Ga. -- (WGCL) -- An infant is recovering after being found inside a mesh bag left on top of a lab collection box at a DeKalb County medical facility.

The infant boy, who has earned the nickname "Miracle Baby", was found by the cleaning staff at the Family Medical Clinic on Buford Highway during the early morning hours on Thursday.

Officials say the baby was in the gym bag for approximately 18 hours without any nourishment or attention. The baby had his umbilical cord attached, weighed 4.86 pounds and was not full term. He was taken to Scottish Rite Hospital where he continues to recover.

After surviving nearly a full day in the bag, the medical staff at Scottish Rite considers the boy a "miracle baby".

Chamblee Police Lieutenant Jason Waasdorp said during a press conference that the baby took his first bottle Thursday morning and has a "couple of small issues but is doing good".

According to Georgia's safe haven law, a baby can be dropped off at a medical care facility up to 72 hours after the birth but whoever drops the baby off must provide police information such as a name and address but, according to Lieutenant Waasdorp, the mother in question did not provide that information.