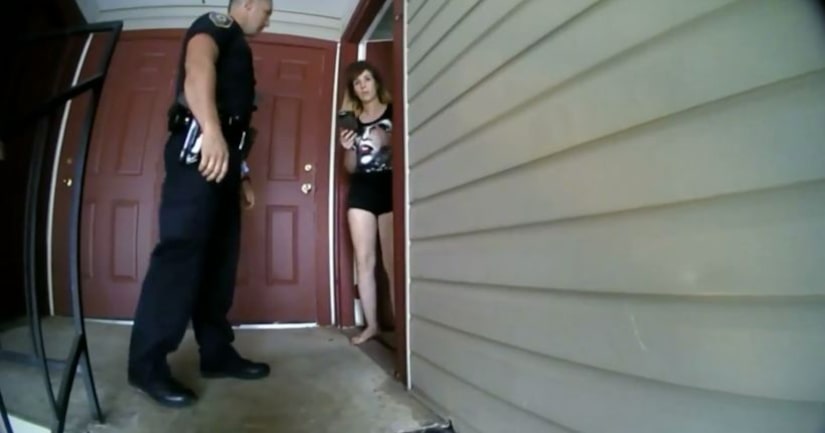 NORMAN, Okla. -- (KFOR) -- A 3-year-old found wandering a neighborhood alone, covered in bruises, scratches, and feces led officers to a disturbing scene. The child has been taken into protective custody and the mother is now charged with child neglect.

It started with a report of the child seen wandering across a Sonic Drive-In to a convenience store on the corner of Chautauqua Avenue and Imhoff Road.

"A woman was sitting in the Sonic parking lot, she saw him cross by himself through the Sonic Drive-In and ended up in here, and thats when she flagged me down," an OUPD officer told Norman dispatch.

The child's mother picked him up.

But later that day, it happened again. According to court documents, he was wearing no pants, underwear, or shoes, and his legs and shirt were covered in feces.

The same officer was flagged and told Norman officers it was time to confront the mother in the apartment complex next to the Sonic.

When police went to the door, they had to knock for several minutes before the mother, Kimberly Dye, answered.

Officers asked her if she was missing a 3-year-old, and she said, "No. He was just in here."

Inside the apartment, the conditions were described as horrid.

"One of the most horrifying houses that they've walked into," said Norman Police Department PIO Sarah Jensen.

She said the smell alone was difficult to handle.

Inside, animal and human feces were found on the floor throughout the apartment, rotting food in the kitchen, and cockroaches and other insects all over.