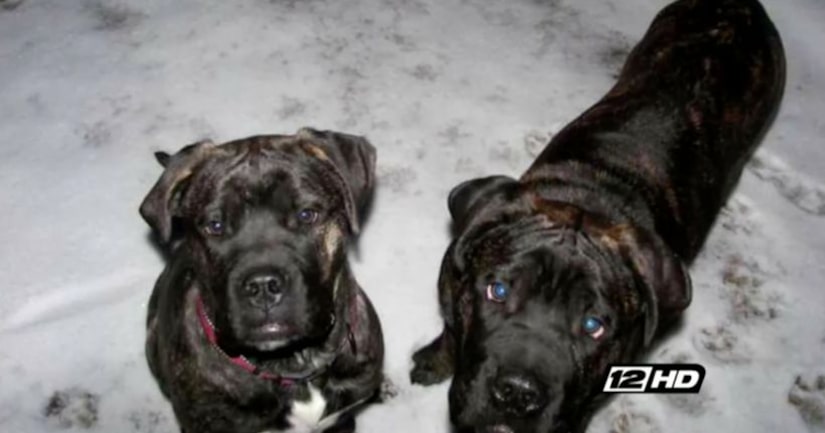 BRYAN COUNTY, Okla. -- (KFOR) -- A woman who shot and killed a dog is now sharing her side of the story.

It was Sunday when Jesse and Morgan Miller say they discovered their seven-year-old Bullmastiff, Akuma, dead on the front porch with a bullet nearby.

“There was blood on our porch and we found a bullet like that far away from our door,” said Jesse Miller.

“When I got over here there was blood everywhere and she was no longer with us, and it was devastating,” said Morgan Miller, Jesse Miller's sister.

The woman who shot the dog, Chawnae MacNeil, said she's had issues with the Miller's dog for several years.

Sunday, she said her son was chased by Akuma as he walking a package to his grandmother's home.

“The next thing I know he's running in the house and he's crying and he doesn't have the package and he's saying that the dog chased him up the road again and that he almost didn't get away this time,” MacNeil said.

She told officials that's when she walked onto the Miller's property and shot and killed the dog with a .9 mm handgun. After the shooting, she immediately called deputies and was then arrested.

“I have had officers out before to have their dog put up or it would get shot,” MacNeil said. “I wasn't going to take the chance of my son getting attacked again and mauled by this dog that no one was ever home to put away, or deal with or take care of.”

Two years ago, she says her son was attacked, but she did not report it to police. However, she does say she's called the sheriff's office several times about the dog being aggressive.