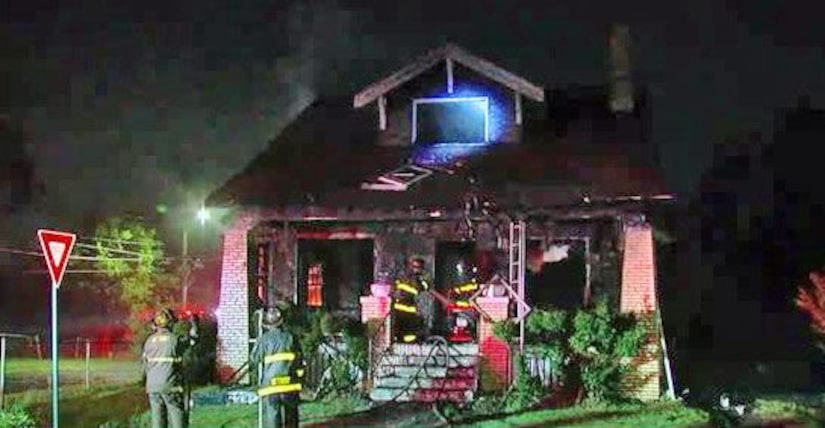 DETROIT -- (WXYZ) -- The Detroit Fire Department is investigating after a home with six kids inside was firebombed early Tuesday morning.

Ebony Walls says she and her husband were awake when it happened, otherwise she and all of her kids would be dead.

"We don't even know what do right now. our kids are at our neighbors house crying, scared" Walls said. "You didn't care about us or my kids. Even if you would've just targeted me, you didn't have to target my kids."

She said her family has received death threats and threats of getting her house burned down before.

Ebony said the threats have been coming for months after she found evidence in a sexual assault case involving some family members. She was set to testify against her sister-in-law who allegedly was ordered to "take her out."

She reported the threats to Warren police who were in charge of the case.

"I asked them, I begged them to help my family and they haven't done anything and now this," she said. "We almost didn't make it out alive."

FULL STORY: Home with six kids inside firebombed on Detroit's west side - WXYZ