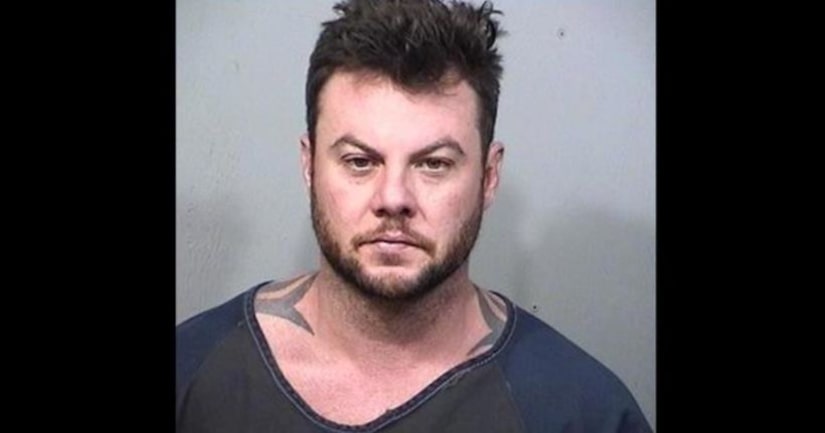 MELBOURNE, Fla. -- (WKMG) -- Melbourne police arrested a 32-year-old man they say was holding an open container of alcohol when he passed out behind the steering wheel with a toddler in the back seat.

Police said they were notified about a driver who was passed out in a vehicle on Hibiscus Boulevard at 2:16 p.m. Tuesday.

When officers arrived, they found Travis Taffer passed out with the ignition on, the vehicle in gear, his foot on the brake and an open container of alcohol in his hand, according to the Melbourne Police Department.

Police said a 16-month-old child was in the back seat of the car.

Officers reached into the car to shift it into park and woke Taffer up, according to a news release.

Investigators said Taffer failed a field sobriety test and appeared to be under the influence of alcohol or other intoxicants.

Through their investigation, police said they found out that Taffer was on the way to pick up a 7-year-old child from school.