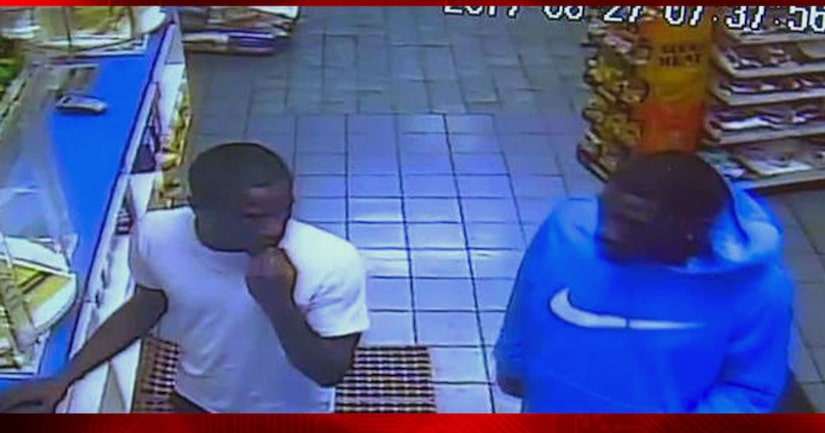 DETROIT -- (WXYZ) -- There is a band of carjackers on the run in the city. They are armed and dangerous.

Detroit police are calling on you to help cops catch them.

Surveillance video of them was captured at two Green Light camera locations on the east side.

A sergeant with the Detroit Police Commercial Auto Theft unit took 7 Action News through the chain of criminal events.

There were two carjackings in two days.

The first day a duo struck and the next, a trio. Investigators say, it started at a party store on East Warren and East Outer Drive.

A customer was carjacked inside his vehicle at gunpoint. The driver did leave his car doors unlocked.

Then cops say, the criminal used that car to carjack two other motorists for their vehicles outside of an apartment complex on Harper - also, as gunpoint.

The two men were talking, as they were approached. The bad guys asked them if they had a light. Then they robbed them of their belongings.

Later that night, the crooks ditched two of the vehicles at a Sunoco on East 7 Mile.

Police pulled up and they took off.

Police know exactly why the suspects went on this crime spree.

“Cellphones, money, jewelry and then selling it for whatever the value is,” says Sgt. Robert Wellman, with Detroit Police Commercial Theft Division.

No one was hurt. Two of the vehicles were recovered. A maroon Lincoln MKZ is still somewhere out there.

If you know who the young men are, call (800) 242-HEAT or call the police department nearest you.