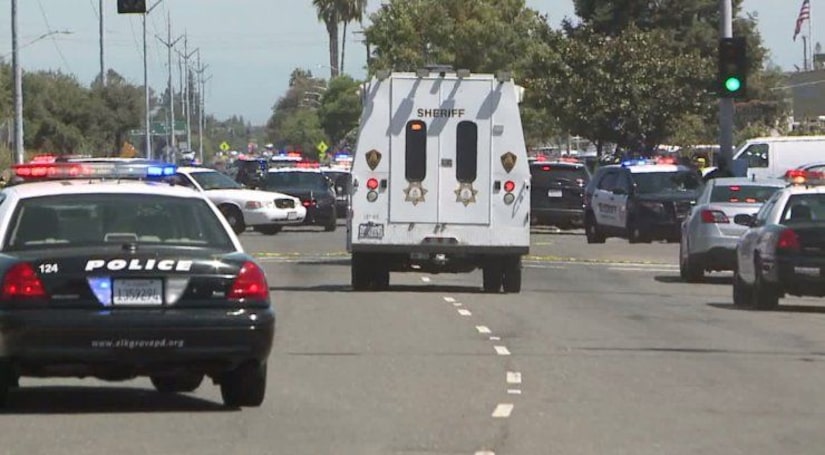 The deputy, identified as Bob French, was killed. French, 52, was a 21-year veteran with the department. Sheriff Scott Jones said French is survived by his children, grandchildren and his live-in girlfriend.

A multi-agency auto theft task force was investigating suspects at the Ramada Inn. One stolen vehicle led officers on a chase that ended in Elk Grove. Two women were taken into custody, according to Sheriff's spokesperson Sgt. Tony Turnbull.

When officers went into the motel to search the room, a suspect opened fire through the door and walls, striking two CHP officers. Sheriff's deputies were engaged in a gun battle with the shooter, who Turnbull says was on the room's balcony with a “high-powered rifle.” At some point, French was struck by gunfire.

The gunman fled the hotel in another vehicle. Turnbull says when the chase ended in a crash in front of El Camino High School on El Camino Avenue, there was another exchange of gunfire. The suspect was hit and taken to a hospital.

The two CHP officers are expected to recover.

Officers at the motel are evacuating the building to ensure no other suspects are on scene. Investigators believe there may be two other people still inside the motel room where the two officers were shot.

The intersection of Fulton and Auburn was shut down. Those exits on the Business 80 freeway were also shut down, severely impacting traffic.

A helicopter above the scene was warning neighbors to lock doors and stay inside.

The task force the officers belong to is known as the Sacramento County Auto Theft Suppression Task Force, or SACCAT. It's managed by the California Highway Patrol, and made up of officers from the CHP, the Sheriff's Department and the county Probation Department.