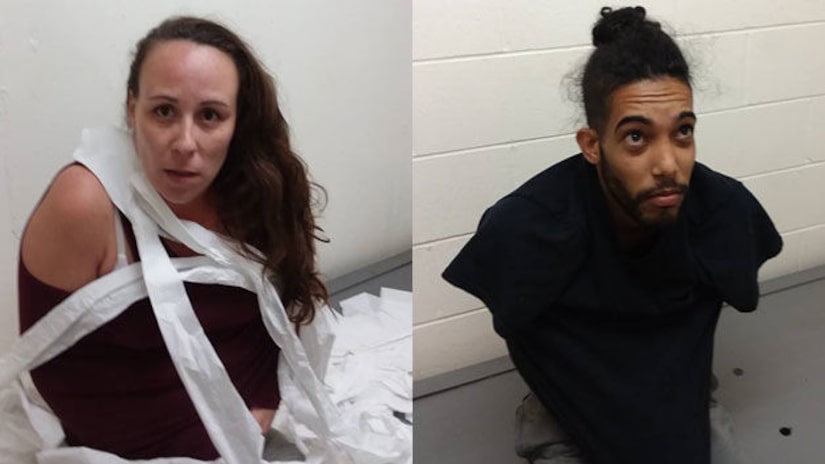 Officers arrested three people at about 3 a.m. after receiving a report from a disabled victim that a home invasion and robbery had occurred at School and Franklin streets.

The mugshots released by police show 35-year-old Melissa Natal wrapped in toilet paper. Another man has both his arms tucked inside his shirt sleeves.

Police confirmed to WBZ-TV that the suspects said they were cold.

Natal is facing several charges, including conspiracy to commit robbery and burglary, simple assault and endangering the welfare of a child.

Juan Flores, 25, and Bryan Martinez, 24, are also both facing several charges, including conspiracy to commit robbery and burglary and criminal threatening.