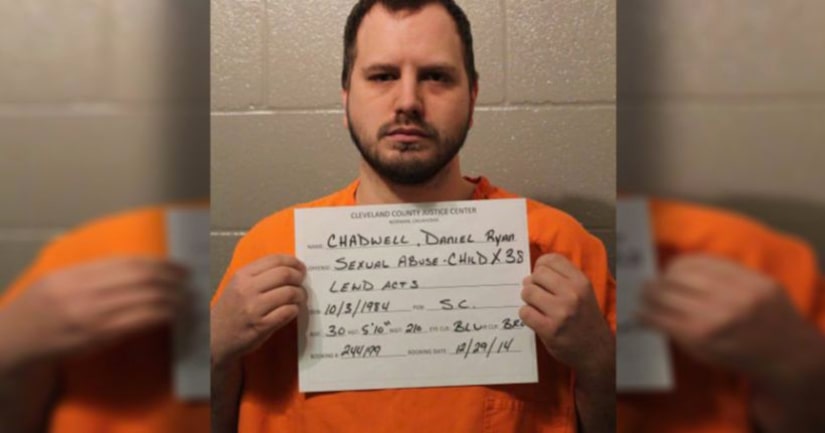 Two of the children said they had been molested by Chadwell multiple times for about five years, the Norman Transcript reports.

According to the affidavit, the children said Chadwell tried to keep the abuse a secret by calling it his “game.”

Chadwell initially faced 40 counts of lewd acts with a child under 16.

During the trial, the victims offered graphic testimony about the sexual abuse and other incidents involving sex toys and a family pet, the Norman Transcript reports.