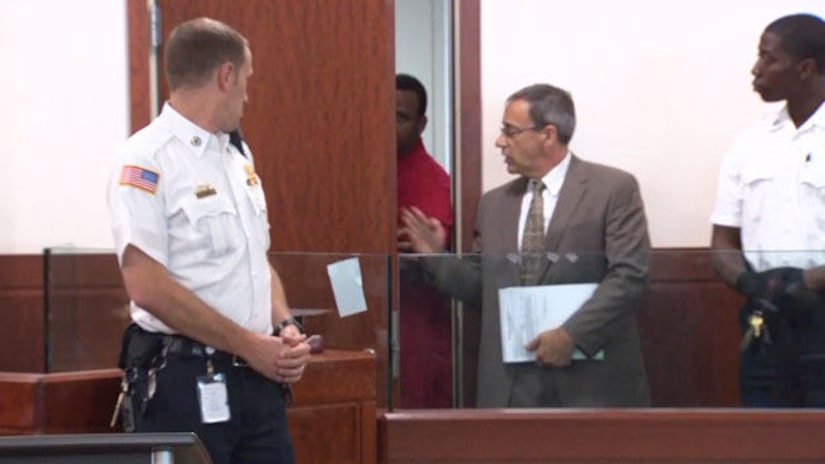 WORCESTER, Mass. -- (WBZ) -- A seven-year-old girl survived being abducted, choked, and thrown off a bridge over the weekend, according to Worcester Police.

Joshua Hubert, 35, of Worcester, hid from cameras as he was arraigned Monday afternoon in District Court and ordered held without bail on a kidnapping charge.

Police say he took the girl from a family party at her grandparents' house on Forestdale Road around 2:30 a.m. Sunday, without her parents' permission.

“They are nice people, quiet people, I can't understand how this would happen to their grandchildren,” said neighbor Ann Ford. “They must be devastated.”

Hubert was described by authorities as a family friend.

The only comment that his defense attorney gave was, “All I can tell you is that we are maintaining innocence at this time.”

According to investigators, he put the girl in a car, choked her and then threw her off of a bridge into Lake Quinsigamond, but she survived and swam to shore.

The prosecutor said the 7-year-old showed up at a home in Shrewsbury around 4:30 a.m. “in pajamas soaking wet,” bruised and with marks on her neck.