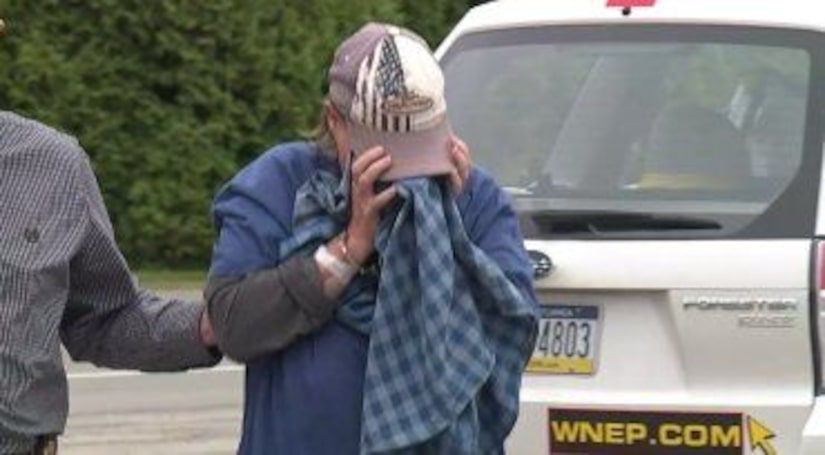 HAWLEY, Penn. -- (WNEP) -- A woman has been charged in connection with the death of her mother in Wayne County, two months after the body was found.

Moira Richey, 52, is charged with abuse of corpse, forgery, and theft in the death of her mother.

Richey had been staying at the Harvest Inn Bed and Breakfast on the third floor with her mother Patricia. Troopers say she was staying there even after her mother died and her body decomposed.

Richey covered her face on her way into district court in Hawley charged with abuse of a corpse after her elderly mother was discovered dead back in June.

Richey is a former officer with the NYPD now finding herself in trouble for allegedly keeping the death of her mother Patricia a secret.

An autopsy found that Patricia Richey had broken ribs and was so badly decomposed that a pathologist couldn't determine how or when she died but it could have been up to several months before the grisly discovery in June in a third-floor bedroom in the bed and breakfast on North Main Street in Honesdale.

According to court papers, Moira Richey forged her mother's name and took out $1,600 from a bank in Hawley back in May long after her mother's death. That has her facing forgery and theft charges in addition to abuse of a corpse.

Arrest papers indicate Moira Richey covered up her mother's death with air freshener and wouldn't allow the owners of the bed and breakfast into her room, but at one point, Moira asked to stay in another room because she was having trouble breathing.

Eventually, the owners insisted on seeing 80-year-old Patricia and her daughter admitted she was dead.

Richey's brother James spoke to Newswatch 16 by phone saying he believes Moira Richey has a drug problem. He says he's suspicious of his sister's role in their mother's death.

In court, Moira Richey told the judge she has nobody now and admitted that she used to stay at nursing homes with her mother for months on end before moving to that inn in Honesdale.

She is locked up in Wayne County.