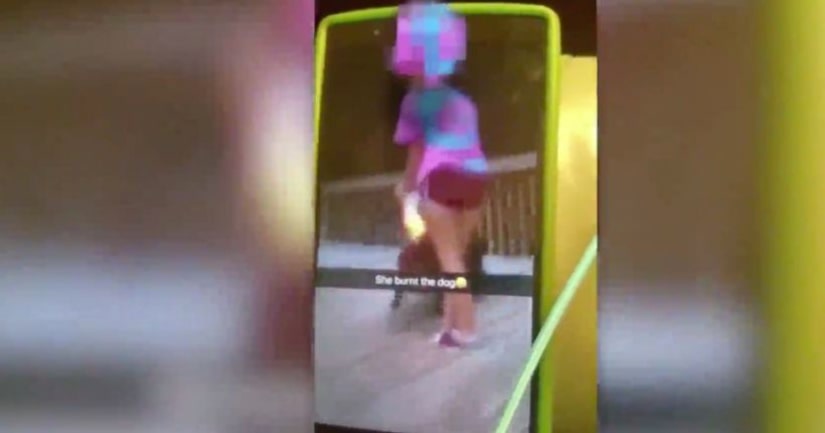 GUILFORD COUNTY, N.C. -- (WGHP) -- Deputies are investigating an alleged case of animal abuse in Guilford County after a video surfaced on social media this weekend.

You might have seen it on your Facebook feed -- a teenage girl using an aerosol can and lighter to create flames that she pointed toward a dog.

Several FOX8 viewers alerted our newsroom and the Guilford County sheriff's office to the video. Animal control went to the dog's home Sunday morning to begin their investigation.

The dog has been seized and is being held at the Guilford County Animal Shelter, where it's expected to be okay. Sheriff's officials say the dog's fur was singed, but its skin was not burned.

Right now, no charges have been filed against the two juveniles involved, a 13 and 14-year-old girl. You see one girl lighting the fire and another one taking the video.

The original Snapchat video was posted to Facebook this weekend, and it didn't take long to spread on social media.