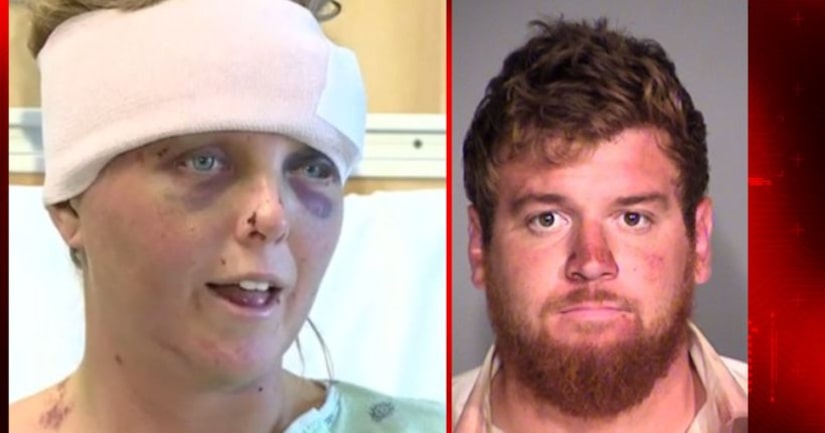 INDIANAPOLIS -- (WXIN) -- A man accused in the brutal beating of his girlfriend last year has agreed to a plea deal.

Ryan Cameron will plead guilty to aggravated battery, according to court records. Word of the plea agreement came on Monday, when Cameron's trial was scheduled to start. No sentencing date has been set.

Police said Cameron nearly beat his girlfriend, Carleigh Hager, to death in October 2016. She had to have her tongue reconstructed after the beating.

According to Hager, Cameron came home from a wedding with some friends and launched into a verbal tirade. He locked the friends outside and then physically assaulted her, she said.

Police said Cameron was confrontational when they arrived and told them to go away. Officers found Hager covered in blood in the bathroom; she'd suffered multiple facial injuries and could barely talk.

Cameron nearly ripped out her tongue, and Hager's eyes were swollen shut. Court documents said it appeared the tip of one ear had been bitten off and she had a cut to her scalp and forehead. In addition, she had several bite marks on her right forearm.