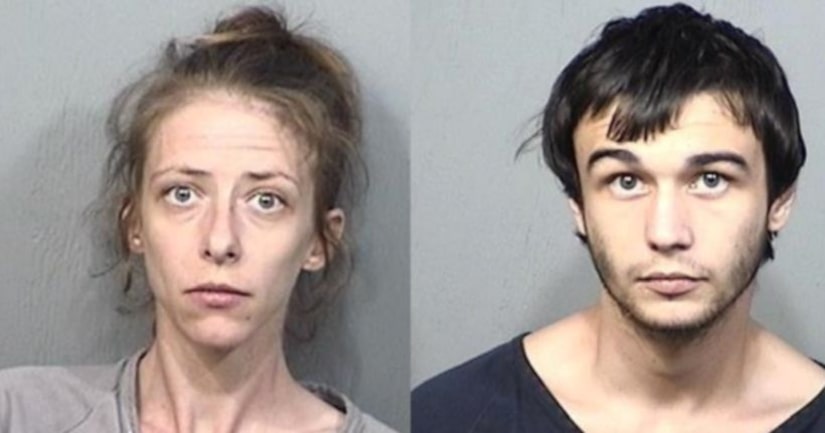 MIMS, Fla. -- (WKMG) -- A teenage girl was punched in the face, slammed on the sidewalk and bitten under the breast during a fight with two neighbors over her dog, according to the Brevard County Sheriff's Office.

The 14-year-old victim told deputies she was at her home on Kittles Street in Mims Thursday night when she noticed Kayla Hedrick and Dale Midkiff in her yard taking pictures of her dog. The girl confronted the couple when they began grabbing at her dog, the report said.

A verbal altercation ensued and Hedrick punched the girl in the face, prompting the girl to punch her back, according to the affidavit.

Midkiff then picked the girl up and slammed her to the ground and she hit her head on the sidewalk, the report said. A witness said Midkiff "bounced (the victim's) head on the ground," deputies said.

While the girl was on the ground, Hedrick bit her under her breast hard enough to draw blood, according to the affidavit.

Deputies said a witness pulled the couple off of the girl.

The victim's injuries left her dizzy and vomiting, the affidavit said. Deputies said her bite wound was significant enough to cause scarring. Her mother took her to Parrish Medical Center.