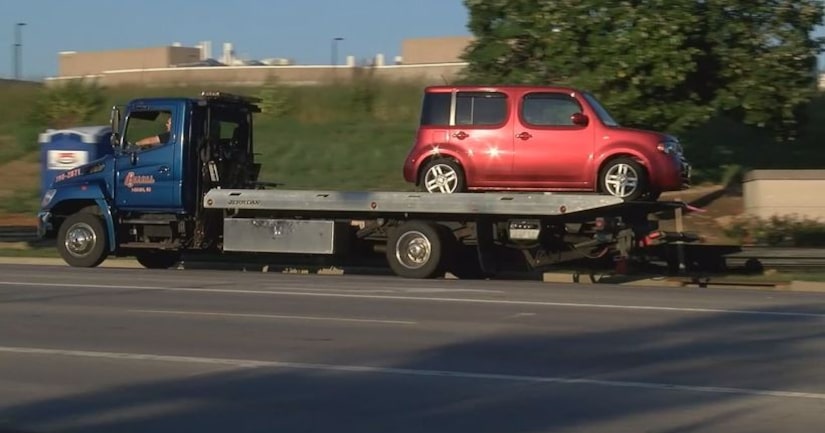 MASON, OHIO -- (WXIX) -- A toddler died in a hot car in the parking lot outside the Mason Procter and Gamble building this week. New documents suggest the child's mother was running late for work that day.

The 15-month-old girl died after being left in the vehicle Wednesday, according to Warren County Coroner Dr. Russell Uptegrove. Thursday, the coroner's office identified the child as Sofia Aveiro.

"Preliminary results of this autopsy are consistent with a heat-related death. Further tests are pending, including toxicology, which is standard procedure," reads a statement from the Coroner's Office.

Doyle Burke, the chief investigator of the Warren County Coroner's Office said the mother, an employee of P&G, left the baby unattended in the sport utility vehicle all day.

An affidavit for search warrant says the mother usually drops the girl off for day care, but was running late for work Wednesday. It says when the child's father attempted to pick the girl up from daycare, he was told she wasn't there. The documents say he contacted his wife as she was leaving work, and she contacted 911 after realizing her child had died.

Officials on Thursday released the 911 call from the mother after discovering her unconscious child.

"She advised that she was running late to work and usually drops Sofia off at daycare," the affidavit reads.