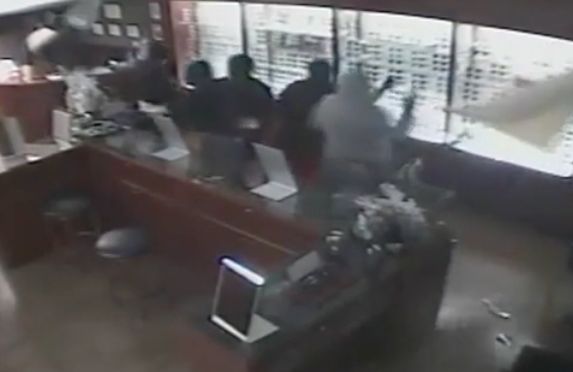 KTLA
KTLA - "The burglars were described as 'heavily clothed.' They fled in three vehicles."

LAGUNA HILLS, Calif. -- (KTLA) -- An optometry business in Laguna Hills was burglarized and the thieves got away with about $140,000 in brand-name eyewear, authorities in Orange County said Thursday.

A dozen men broke into the store to carry out the burglary, which was caught on surveillance video from four angles.

The burglars rushed into the store in an almost clown-car-like fashion after the plate-glass front entry was smashed, the video showed. They entered and left the business in less than 2 minutes.