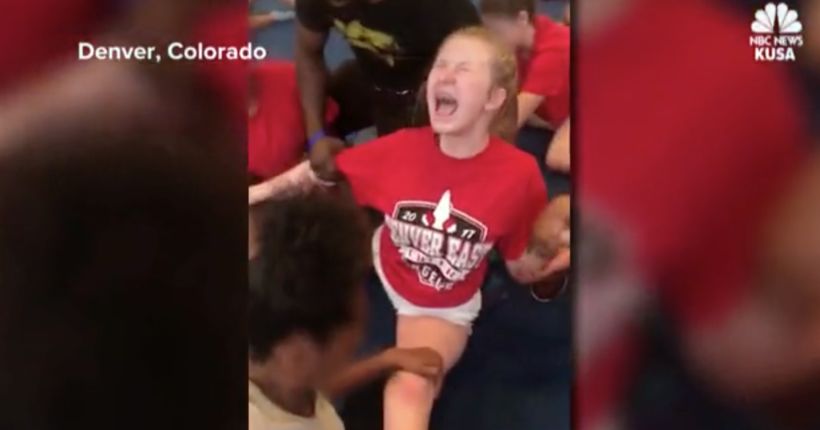 DENVER -- (KXAN) -- Cheerleading coaches and school administrators in a Colorado district have been placed on leave, and Denver police are investigating amid series of videos showing high school cheerleaders screaming in pain while being pushed into splits during practice.

KUSA-TV reports the videos show eight cheerleaders at Denver’s East High School repeatedly being pushed into splits while their arms are held up by teammates. In one video, a girl repeatedly asks her coach to “please stop.” The station says the videos were shot on the phones of two team members and were sent anonymously to the station.

Denver Public Schools superintendent Tom Boasberg calls the videos “extremely distressing.” He says the school’s principal and an assistant principal, the cheer coach and his assistant and a district lawyer have been placed on leave during the investigation.