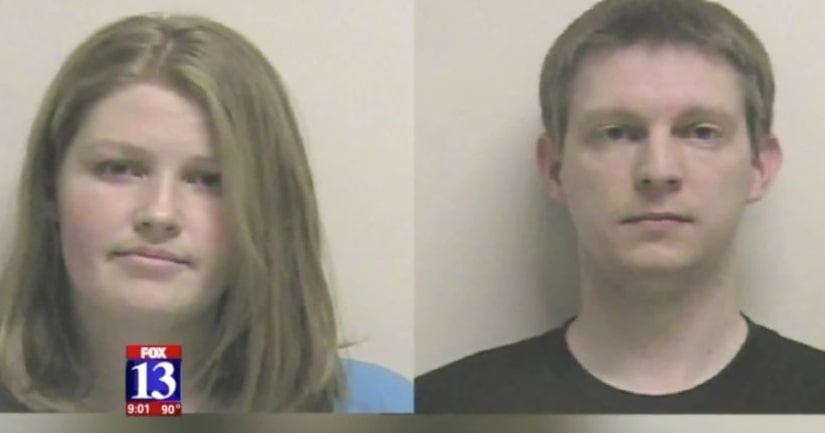 EAGLE MOUNTAIN, Utah -- (KSTU) -- A married Utah couple face felony child abuse charges after they allegedly forced a young boy to stay in a small room with no lights or access to a bathroom and fed him a diet that "consisted largely of carrots."

According to a recently unsealed warrant detailing the boy's horrific living conditions, the police said his skin had even taken on an orange-colored tint.

The arrests followed several months of investigation by the Utah Division of Child and Family Services, who interviewed witnesses and victims in the case. Police learned a 6-year-old boy, who was 5 at the time the alleged abuse began, would be locked in a basement room at night.

The small basement room had no lights and a loose carpet over the floor. The boy was only given a mattress and blanket to sleep with, and he would be locked in that room from about 6 or 7 p.m. each night until after 6 a.m. the next morning, authorities said.

"The boy described that he would go to the bathroom while in the room and put the waste in a hole in a wall so he would not get in trouble," according to a press release from the Utah County Sheriff's Office.

Investigators allege the boy "was fed a diet that consisted largely of carrots."

According to the arrest warrant, "a witness stated while at the home they noticed the child had an 'orangey' tint to his skin." 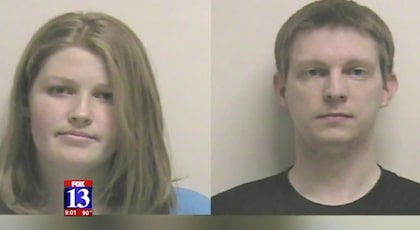 Parents booked for child abuse after boy locked in basement