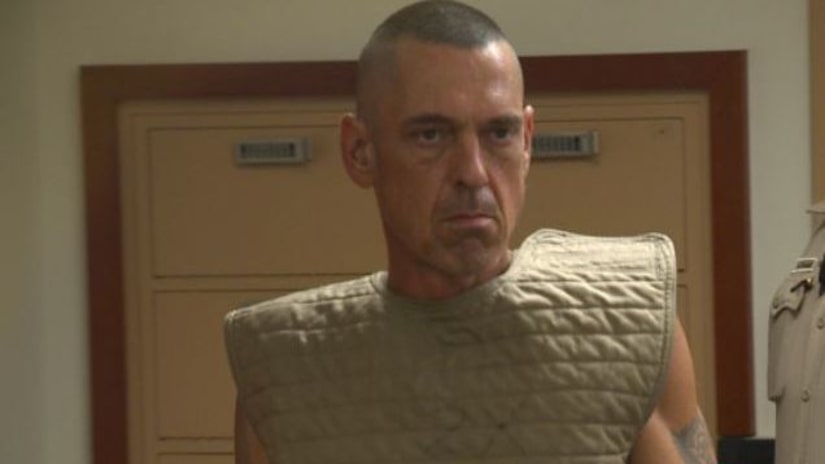 TACOMA, Wash. -- (KCPQ) -- Curtis Sell, 51, who was already wanted for failure to register as a sex offender, was charged Wednesday with three counts of burglary with sexual motivation for allegedly entering Lakewood apartments in the nude and running off with various items.

“Obviously, the defendant has some issues,” Pierce County Prosecutor Mark Lindquist said. “We don't know if it's drugs, alcohol, mental health or some combination.”

On August 2, police were called to an apartment building in Lakewood. When they arrived, they spoke with a woman, who told officers she awoke to a naked man she later identified as Sell removing the fan from her bedroom window. She began to scream and her boyfriend came into the room. She said Sell seemed startled, scooted back out of the window, and ran away.

That morning, investigators were also called to two other residences in the same complex and a neighboring complex where two other women had similar stories. The man was wearing only a condom in one instance, only a bra in the other.

In all three instances, the women positively identified Sell from a photo lineup, authorities said. All three women said Sell seemed to be under the influence of alcohol or drugs.

Sell was also charged with failure to register as a sex offender. Bail for that offense is $150,000.