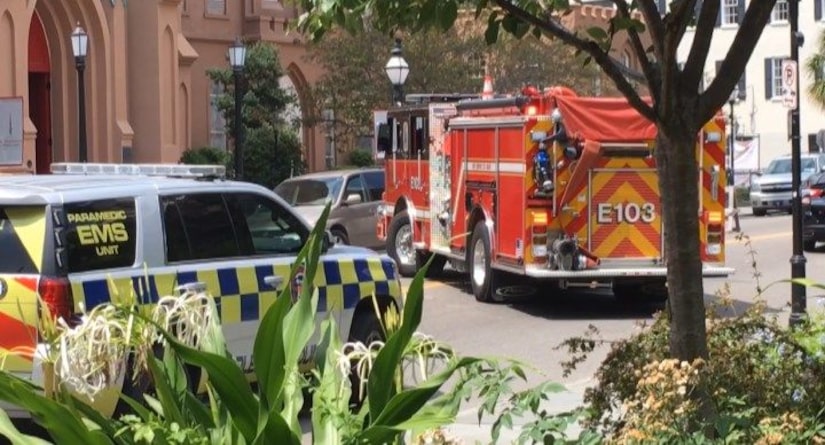 Mayor John Tecklenburg said the gunman was wounded and has been transported to the hospital in critical condition. Charleston Interim Police Chief Jerome Taylor said a Charleston Police officer wounded the gunman.

The people who were being held hostage have been rescued and are safe, Taylor said.

There were reports shortly before 3 p.m. that emergency vehicles have been seen leaving the area and crime scene tape is being taken down, but there has been no official word that the situation is over or that the gunman has been taken into custody.

Video recorded nearby showed someone being placed into an ambulance shortly before 3 p.m., but it is not clear whether that person was a hostage or the gunman.

The shooting happened at approximately 12:17 p.m. at Virginia's on King Street, authorities say.

One victim was shot and has been transported to MUSC but the victim's condition is unknown, according to police.

John Aquino, one of the representatives of the group that owns the restaurant, said the victim is chef at the restaurant and said the gunman was a former dishwasher.

The gunman remained inside the restaurant with "a small number" of hostages, Charleston Police said.

Charleston Mayor John Tecklenburg said the gunman is a disgruntled employee and stressed it is not "an act of terror."

Police negotiators were attempting to negotiate with the shooter, Tecklenburg said.

Police spokesman Charles Francis says King Street is blocked off between Calhoun and Morris to both motorists and pedestrians because of the active shooter situation within the 400 block of King Street. Police are asking people to avoid the area, Francis said.

A witness said he was having lunch at Virginia's on King Street with his son when a gunman entered the restaurant and ordered everyone to get out.

Other witnesses say a gunman entered through the back of the restaurant shouting, "There's a new boss in town."