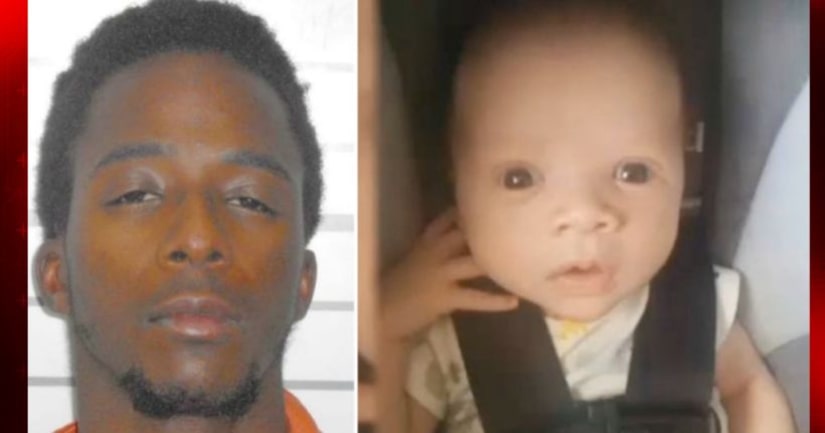 Warning: Some details in the story below are graphic. Viewer discretion is advised.

MUSKOGEE, Okla. -- (KFOR) -- An Oklahoma father allegedly admitted to grabbing a one-month old infant by the throat, shaking him, and throwing him into a ceiling fan because he wouldn't stop crying.

From August 16th to August 19th, Jones allegedly grabbed his one-month old baby by the throat, shook him, smothered him to muffle his cries, slammed the baby against a changing table, threw him into a ceiling fan and dropped him in the bathroom, an affidavit obtained by the Tulsa World states.

According to Fox 23, Jones said the baby's head hit the toilet during the fall.

After the baby started having seizures, the baby's mother and Jones took him took the hospital.

The infant, who was in critical condition by the time he was taken to the hospital, was suffering from two skull fractures and had a blood pool around his brain.

When authorities questioned Jones about the injuries, he reportedly confessed to investigators that he hurt the baby because he wouldn't stop crying.