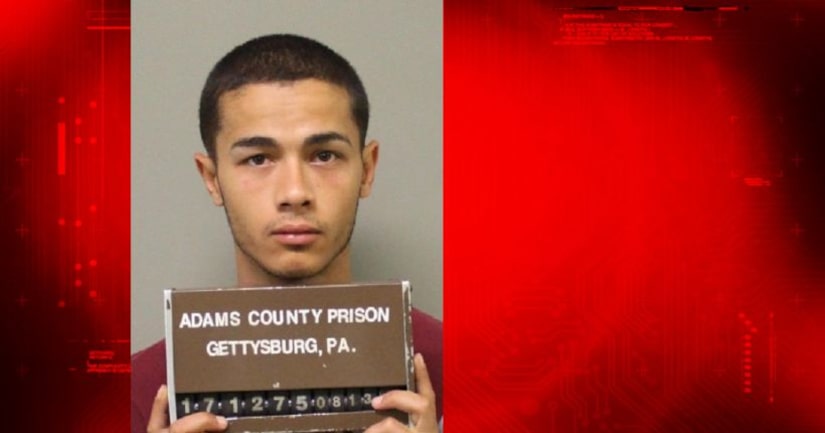 EAST BERLIN, Adams County, Pa. -- (WPMT) -- A 21-year-old Reading Township man allegedly punched a woman, damaged her property and stole her car in a fit of rage after she refused to have sex with him, Pennsylvania State Police say.

Angel Antonio Chico, of Conewago Terrace in East Berlin, is charged with robbery, theft by unlawful taking, simple assault, terroristic threats, harassment and criminal mischief in relation to an incident on August 12.

Police say they were dispatched to a home on Diana Drive in East Berlin at 11:45 p.m. for the report of a stolen vehicle. Officers interviewed the victim, who said Chico and two other people were drinking at her home. She said Chico, a friend of hers, asked her to have sex. He became enraged when she refused, the victim said.

Chico allegedly threw a lamp on the ground, breaking it, and then punched the victim several times in the head. He then allegedly demanded that the victim give him the keys to her car, threatening to kill her if she did not comply. The victim told police she gave Chico the keys, and he and the two other people present left in her 2016 Kia Forte.

Police tracked Chico to his last known address — his mother's home in Conewago Terrace. His mother told police Chico no longer lived there, but provided his phone number. Police contacted Chico, who promised to return to his mother's home with the vehicle within 45 minutes.

FULL STORY: Reading Township man accused of assaulting, robbing woman after she refused to have sex with him - WPMT