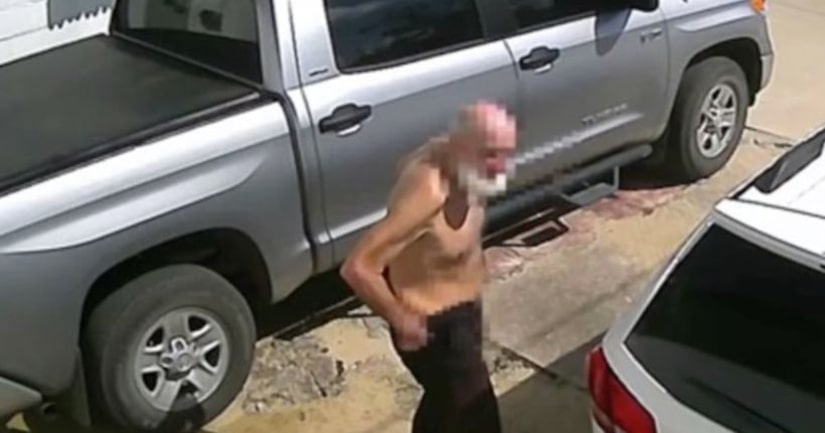 Police in a Florida Panhandle town are looking for a man dubbed "Crapperman" after he was caught on camera Tuesday morning defecating in public.

According to a news release from the Crestview Police Department, a bearded man with no shirt defecated behind a jewelry store just after 10 a.m.

A jewelry store employee said she nearly "stepped in the evidence" while going to her vehicle.

Police said the store's security video showed the suspect, whom the store's Facebook followers promptly labeled “Crapperman,” clearly dropping his pants and doing his business between two vehicles parked in the alley.

“This is just nasty!” store owner Forrest “Joey” Tinklepaugh said in a Facebook post in which he shared the security video. “People have no respect for others anymore!”