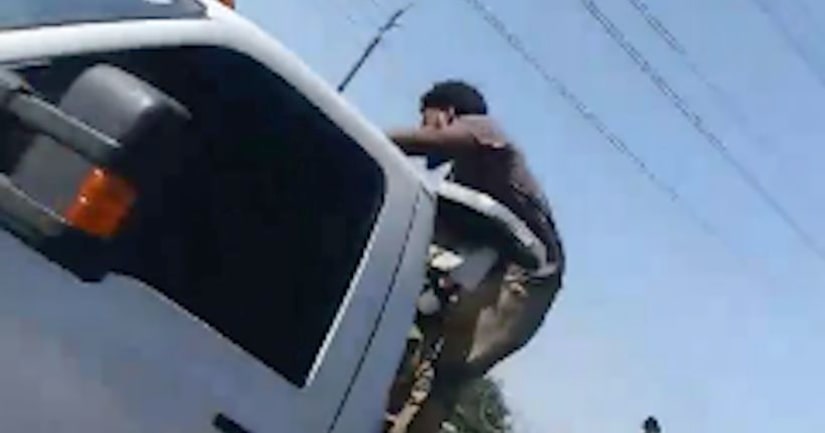 LOS ANGELES -- (KTLA) -- A man in Compton jumped onto the back of a tow truck repossessing his car on Monday and bashed in the rear windows with a crow bar, according to the Los Angeles County Sheriff's Department.

The incident happened in the 17600 block of South Santa Fe Avenue at around 10 a.m., the Department said. The man riding and hitting the tow truck and the truck's driver were both detained, questioned and later released, authorities said.

However, there's a possibility the man who jumped onto the truck could face vandalism charges, officials said.

FULL STORY: Video shows man riding back of tow truck, bashing its windows after his car is repossessed in Compton - KTLA