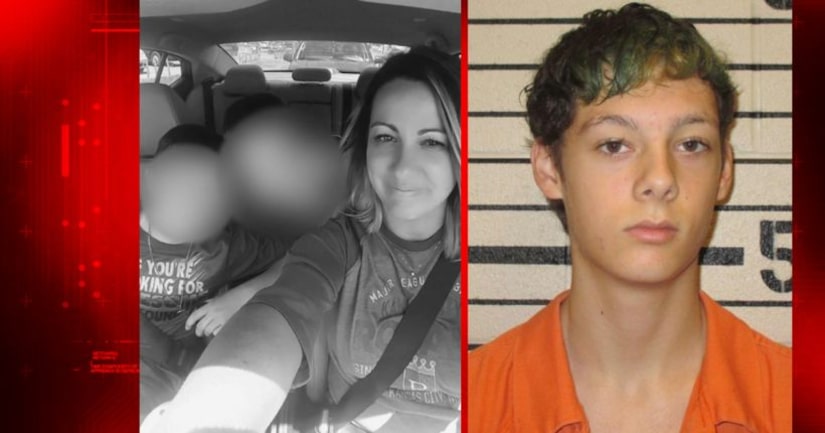 NEW CORDELL, Okla. -- (KFOR) -- We're learning more information about a 14-year-old boy who is accused of murdering a woman and shooting her son last month.

On July 20, investigators say 36-year-old Tammi Thomas and her 14-year-old son were attacked inside their Cordell home by an intruder.

During a struggle inside the home, the family was shot multiple times.

Tammi Thomas died from her injuries, and her 14-year-old son was rushed to a nearby hospital in critical condition.

“She was everything to those boys, they did everything together,” Chris Larsen, who coached Thomas' oldest son, said.

The boy eventually recovered from his injuries and was released from the hospital as OSBI agents continued to sort through leads.

“We served a search warrant on the 14-year-old [suspect]'s home. We were able to find evidence there, we tested the evidence, and we got enough from that to have a warrant for the arrest of this juvenile,” said OSBI PIO Jessica Brown.

Teague has since been charged with one count of first-degree murder, shooting with intent to kill and first-degree burglary.

Investigators said Teague knew Thomas' 14-year-old son, but he wasn't immediately recognizable because he was wearing a disguise.

According to court documents, Teague allegedly told another friend that he wanted to kill Thomas' son.

When confronted by investigators, Teague admitted that he said he wanted to kill Thomas' son, but said he was home with a friend the night of the murder.