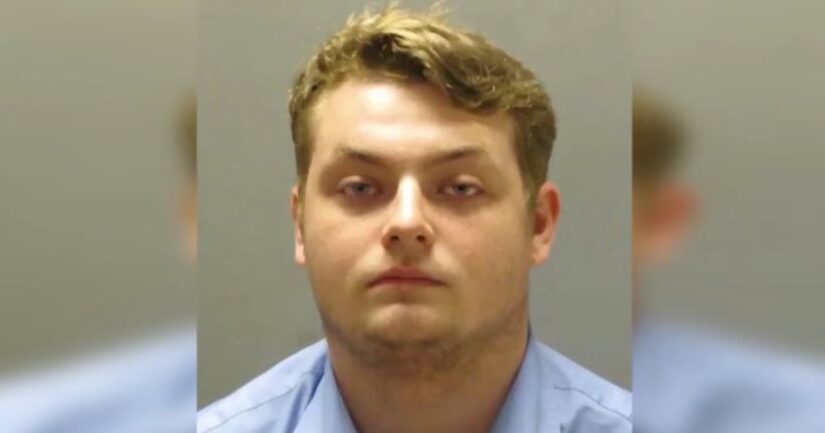 NEPTUNE BEACH, Fla. -- (WJXT) -- A Neptune Beach man was arrested after officers were called when one of his twin babies suffered severe head trauma while in his care, according to a Jacksonville Sheriff's Office report.

The arrest report, which News4Jax obtained Monday, states doctors told detectives that the injuries the baby girl had could only be from shaking or slamming the infant's head.

Emily Frazier, the child's mother and no longer with Rehmer, said although he had visitation rights, he wasn't supposed to be left alone with their children.

Frazier said Monday she had a bad feeling when she dropped off her twin girls with their father last month.

"It's like every time they go over there now, my gut's telling me something bad is going to happen," she said.

According to the arrest report, Rehmer had his twin daughters for the weekend and when his family left him with the babies one night, he told police that one of the girls started screaming loudly, like she was hurt.

The report states Rehmer told police he tried to calm the baby down and, at some point, the 7-month-old became limp and unresponsive.

“He told me that he was changing her diaper because she was cranky and once he got done, he had picked her up and she was lifeless," Frazier said.