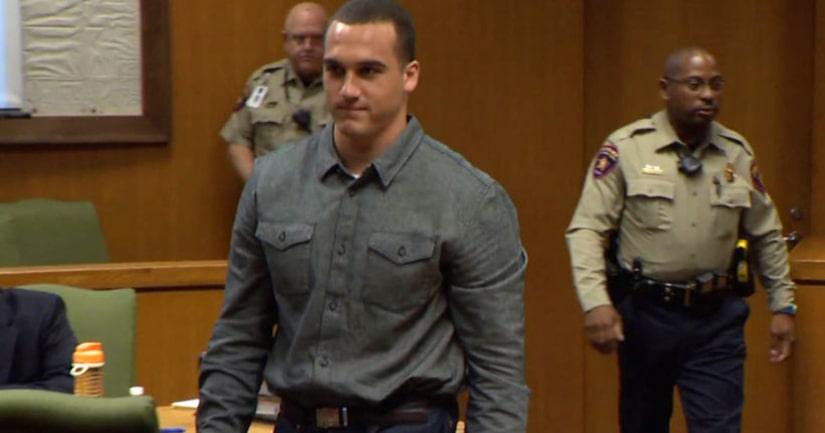 GEORGETOWN, Texas -- (KXAN) -- After being behind bars for more than three years, Greg Kelley was released on bond Tuesday afternoon.

The Greg Kelley Foundation posted a Facebook video around 1:30 p.m. stating they had a copy of the signed bond paperwork for Kelley. “Greg is coming home today,” said one of his supporters. Court filings show the order for release on bond was filed at 2:05 p.m. Aug. 22. with his bond set at $50,000.

The Williamson County Sheriff's Office confirms Kelley is being released this afternoon. His release comes after a three-day hearing earlier this month. During the hearing, Kelley's attorney presented a case pointing to another suspect would they say could have been responsible for the crime.

When the hearing ended on Aug. 4, Judge Donna King said she wouldn't release Kelley on bond that day. She gave both parties until Aug. 18 to file their findings with the court.

Kelley was originally convicted and sentenced to 25 years in prison for the sexual assault of a child in 2014. The Williamson County District Attorney decided to reopen the case after receiving “credible evidence” from Kelley's attorneys.

Johnathan McCarty, who has not been charged in this case, is now officially called a suspect by a Texas Ranger who testified during the hearing. He said McCarty, Kelley and another unnamed man are all suspects in the sexual assault.

Judge King will still need to determine if she believes Kelley is innocent or deserves a new trial. King would then pass her recommendation on to the Court of Criminal Appeals, which has the final say.

FULL STORY: Greg Kelley expected to be released on bond this afternoon - KXAN