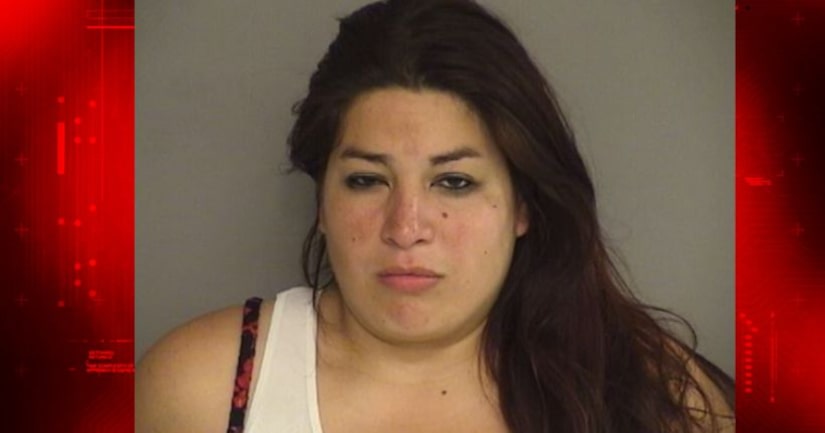 MIDDLETOWN, Conn. -- (WTIC) -- A woman was arrested Thursday after five children were found in deplorable conditions in a third floor apartment.

Police and fire crews were called to the apartment in downtown Middletown around 2 p.m. after the report of an air conditioner fire that was found to be caused by a cigarette thrown from the third floor window. The Fire Marshall was told that the rear exit of the apartment was blocked by trash.

The health department was also on scene because of complaints that there was a leak from the apartment into the second floor ceiling.

Chloe Edwards, 27, opened the door when officers arrived and they were “taken aback by the smell coming from the apartment.” Police said the carpet was covered with food, urine, feces, and cockroach carcasses. There were “a multitude of flies were in the apartment as well.” Officers found five juveniles in the apartment.

Officers found a tub with a continuously running faucet and a broken toilet. There were broken beds and mattresses on the floor. The mattresses were stained with vomit and feces. Dishes in the kitchen overflowed from the sink. The refrigerator contained only two jars of sauce, a can of pasta and two small jars of baby food.

Officers found exposed electrical sockets and a 3 to 4 foot pile of debris blocking the exit.

Edwards is the mother of four of the children, according to police. The fifth had been reported missing by her mother on August 4. Police said that while waiting for officials from the Department of Children and Families to arrive, one of the children started eating dog food off the floor, saying they were hungry.