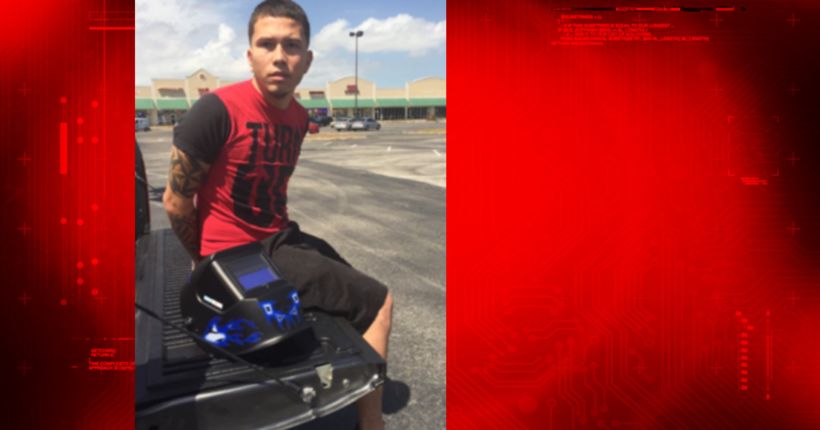 KISSIMMEE, Fla. -- (WKMG) -- Stealing a car and leading deputies on a chase wasn't about to stop one man from seeing Monday's total solar eclipse.

The Orange County Sheriff's Office said Jocsan Feliciano Rosado, 22, stole a vehicle and was being pursued by the department's auto theft unit when he parked at Harbor Freight on Osceola Parkway in Kissimmee.

Deputies said Rosado bought a welder's mask with blue flames on it from the store and used it to view the eclipse as he stood in the parking lot next to the stolen car. That's when deputies made the arrest.

"He never saw it coming," the Sheriff's Office wrote in a Facebook post. "That only happens every 99 years."