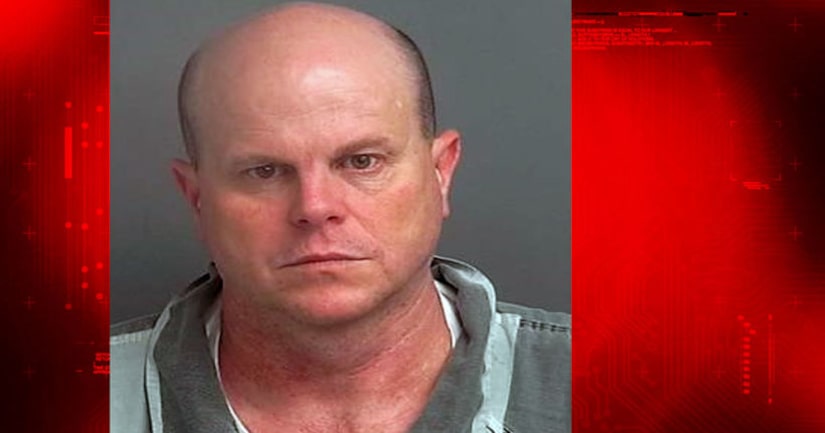 CONROE, Texas -- (KIAH) -- A Conroe man will be imprisoned for two life sentences after he was found guilty Thursday in the aggravated sexual assault of his girlfriend's teen daughter, the Montgomery County District's Attorney Office said.

“I am so proud of that little girl for taking the stand, facing the man who violated her in the worst way an adult can violate a child, and telling her truth to the jury. She's braver than most adults I know. She's an inspiration to me,” Prosecutor George Napier said.

Prosecutors said Jeffrey Michael McDonough, 46, met the victim, who was then 12 years old, and her mother during the summer of 2014. He eventually moved into the home with the victim and her mother in February of 2015.

A teacher of the victim testified that she observed physical and emotional changes in the victim during this time, going from a happy, giving, friendly girl in the fall semester of 2014 into an angry, reserved unfriendly person during the spring semester of 2015, and drastically cutting and changing the color of her hair.

The victim's mother testified that she also noticed a changes in the victim's behavior, and that the victim was suddenly experiencing sleeplessness and nightmares. After requesting to go live with her father near Dallas in the summer of 2015, the victim finally broke her silence and told a family friend that she had been raped by McDonough.

Subsequent outcries to Children's Safe Harbor employees and law enforcement revealed a continued pattern of sexual abuse by the defendant lasting for approximately four months, all of the incidents occurring when the victim's mother was at work, leaving the defendant and the victim alone in the home together.

The victim was 13 years old at the time.

Forensic Nurse Jamie Ferrell, who performed a sexual assault nurse examination on the victim, testified that in approximately 8,000 sexual assault exams that she has performed, she had never seen a more severe case of self-mutilation.

Examination of the victim revealed more than one hundred self-imposed cuts on the victim's legs and arms, ranging from fresh wounds to healing scars. A school counselor for the victim explained to the jury that self-mutilation, or “cutting,” is a way for victims of trauma to control the pain they feel, and is an increasingly common coping mechanism for children and teenagers dealing with trauma such as sexual abuse.

After hearing emotional testimony by the victim, now 15 years old, the jury found McDonough guilty on Thursday after almost three hours of deliberation.

In arguing for leniency for his client, McDonough's defense attorney reminded the jury that there was no evidence that the defendant forcibly raped the victim and urged the jury not to jump immediately to a life sentence, but instead to consider perhaps 13 years because of the victim's age at the time of the sexual assaults.

In arguing for life sentences in both counts, Assistant District Attorney George Napier informed the jury that he could have brought dozens of charges against this defendant and that every one of those times the defendant violated the victim sexually deserved a life sentence.

Finally, Napier told the jury that they should deliver a year for every cut on the victim's body that represented what the defendant did to her, and that when they can no longer count the cuts, to stop counting and give him life.

Under Texas law, McDonough will be eligible for parole in 30 years, or possibly less with good time credit.