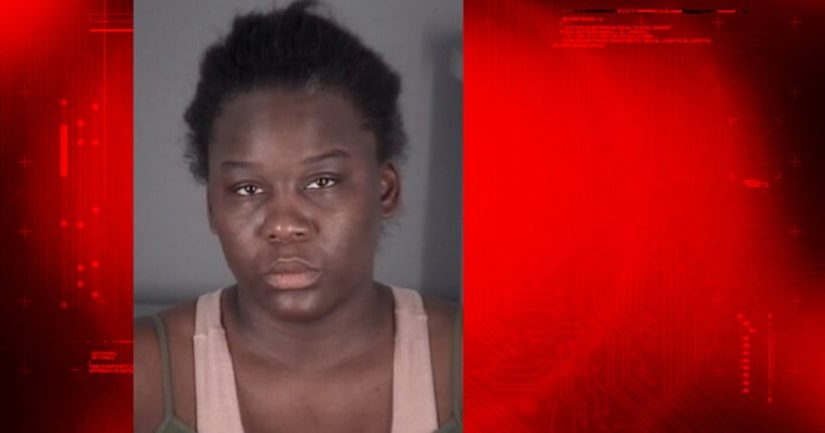 WELSEY CHAPEL, Fla. -- (WPTV) -- Pasco County deputies arrested a woman on Thursday for domestic battery on her husband after he refused to pay her the bet she had won on a card game.

Deputies arrested Shaquanda Johnson, 34, of Wesley Chapel, after she intentionally struck her husband.

Johnson told deputies that she and her husband have been married for 7 years and live together in the same house hold as a family. The two had made a bet on a card game they were playing. When Johnson beat her husband in the game, he refused to pay up and they got into an argument.

Johnson followed her husband into their bedroom and picked up a white cell phone charger cord and put it around her husband's neck, according to the arrest affidavit. The report also notes that her husband did not lose consciousness.