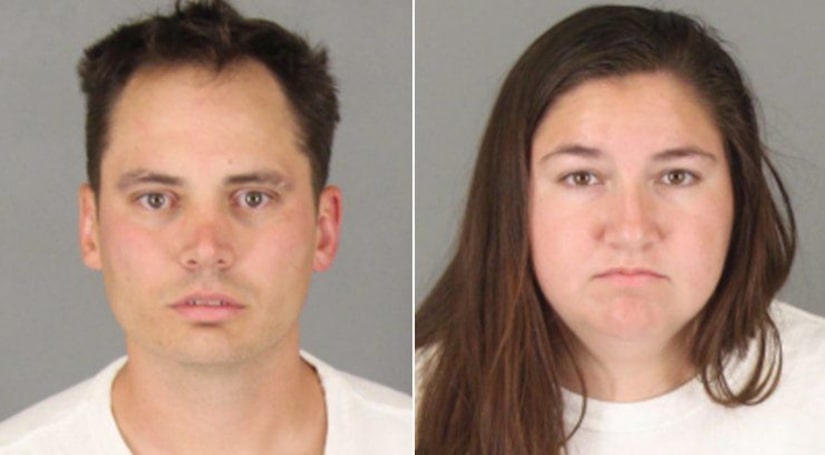 Police and fire personnel were dispatched to an emergency call at 24001 Verdun Lane shortly after 10 a.m. Tuesday in reference to a child in medical distress, according to a Murrieta Police Department news release.

When first responders arrived, they located a 5-year-old boy with "severe" injuries, police said. He was rushed by ambulance to a local hospital before being airlifted to another medical facility in San Diego County.

A neighbor of the couple said she saw paramedics pressing on the boys chest, "trying to get him to breathe."

As of noon Wednesday, the unidentified boy was listed in grave condition. Neighbors were planning a vigil outside the home at 6 p.m. Wednesday.

Officers determined the boy received his injuries from an apparent case of child abuse, and detectives were called out to the home to investigate further, according to the release.

The biological father, 33-year-old Benjamin Whitten, and his live-in girlfriend, 25-year-old Jeryn Johnson, were both interviewed by police, the release stated. A search warrant was also issued for the home.

Johnson is the person who called 911 about the child's condition, according to Murrieta police Lt. Tony Conrad.