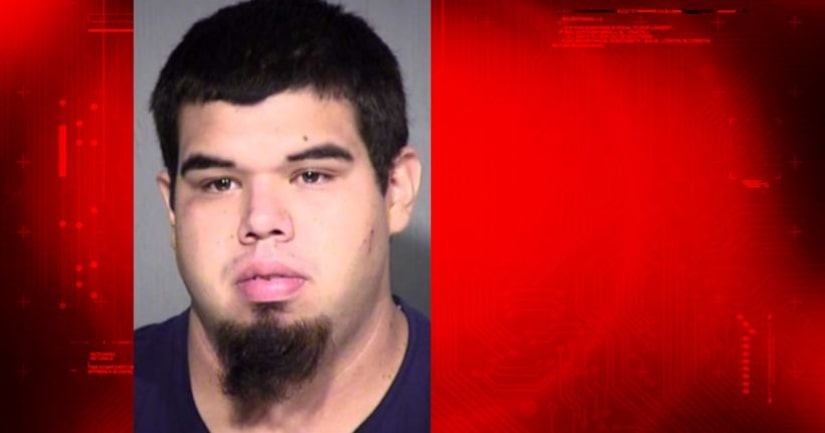 PHOENIX -- (KNXV) -- A man is accused of peeking under a restroom stall at a woman who was using the bathroom at Sky Harbor Airport.

Phoenix police report that on August 3 a woman entered a restroom at Sky Harbor Airport and reportedly saw 21-year-old Jose Trevizo on his hands and knees next to a bathroom stall that had another woman inside.

Police say the witness confronted Trevizo, who had been recently hired as a custodian through a third party company. Trevizo allegedly told the witness that he was cleaning the restroom. However, the witness told police he had no cleaning supplies or cart with him, and he no sign was posted saying the bathroom was being cleaned.

The witnessed managed to see his name on his badge before he left. Trevizo told his manager that he was leaving because he was "feeling anxiety."

The witness was shown a photo of Trevizo who positively identified him.